Abu Twa-Ha, two others released in custody of their families last night 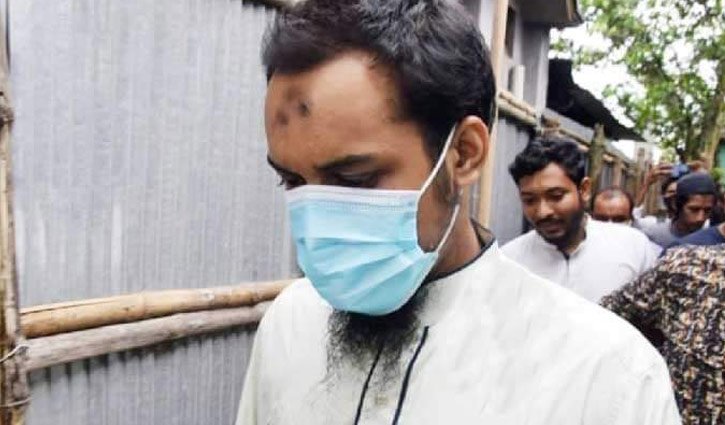 Islamic Preacher Abu Twa-Ha Muhammad Adnan and two others, who were missing for eight days, were released in the custody of themselves and their families last night.

The judicial court released them after recording their statements under section 164.

They claimed themselves to be in hiding at a friend's place, whose name is Siam, in Gaibandha district for some personal reasons.

The incident was reported to the court by Rangpur Metropolitan Kotwali Police Officer-in-Charge (OC) Abdur Rashid.

Police have been talking with him and trying to collect information, the OC said when he was contacted by UNB from Dhaka at around 6:52 pm.

Meanwhile, Deputy Commissioner (Crime) of Rangpur Metropolitan Police Abu Maruf Hossain claimed that  Abu Twa-Ha Muhammad Adnan and three of his friends were hiding at his friend Siam's in Gaibandha for personal reasons.

Briefing reporters at DB office, Deputy Commissioner (Crime) of Rangpur Metropolitan Police Abu Maruf Hossain said that  Abu Twa-Haand his friends left Gabtali in Dhaka on the night of June 10 for Rangpur. Then they went to the house of their friend Siam in Trimohoni in Gaibandha district.

His companions were Abdul Muhith, Firoz Alam and driver Amir Uddin. While staying there, everyone turned off their mobile phones and gave them to Abu Taw-Ha.

They were in hiding voluntarily mainly due to various family and personal problems, the DC said.

He added that while traveling from Rangpur to Dhaka, Abu Taw-Ha informed his travelling companions that he was suffering from personal problems. He then consulted with them and decided to go into hiding. However, the police will look into whether their claim to have been in hiding is a conspiracy to embarrass the state or the government. He is being questioned, the press conference said.

Earlier Abu Taw-Ha Adnan, 31, went missing at midnight on Thursday (June 10) while he was on his way to Dhaka from Rangpur, which is around 250km away. His wife Sabekun Nahar told the media that Sheikh Adnan left Rangpur for Dhaka on Thursday afternoon.