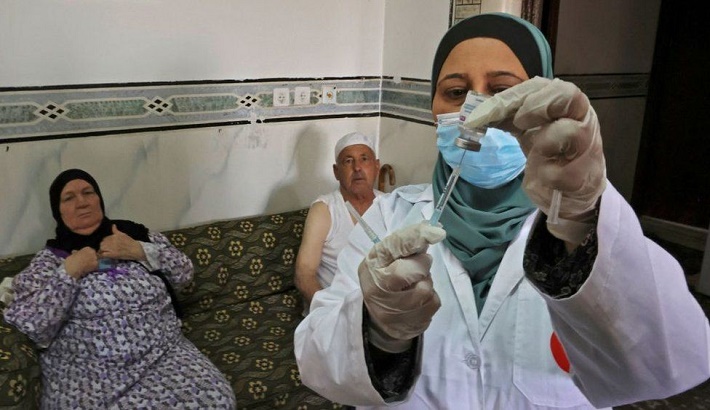 The Palestinian Authority has cancelled a deal under which Israel was to give it at least one million Covid vaccines.

The authority said the Pfizer jabs were too close to their expiry date.

Earlier, Israel said it didn't need an ageing stock of vaccines and they were to be used to speed up the Palestinian vaccination programme.

In return, the Palestinians were to give Israel a similar number of vaccines they are expecting from the Pfizer organisation later in the year.

However, when the first batch of jabs from Israel arrived, Palestinian officials said they were even nearer their expiry date than expected.

They said there wasn't enough time to use them, and that the deal was off.

Israeli Prime Minister Naftali Bennett's office said "Israel has signed an agreement with the Palestinian Authority, and will supply approximately one million doses of Pfizer vaccine that are about to expire", without specifying the use-by date.

"Israel will receive the same amount of doses of Pfizer in September/October 2021, on behalf of what is destined for the Palestinian Authority," the Israeli statement read.

About 55% of eligible Israelis have been given both doses as part of a mass vaccination campaign.

The country reached a special deal with Pfizer-BioNTech, in which it provided vital medical data in return for a quick rollout of the vaccine.

Some 30% of eligible Palestinians in the occupied West Bank and Gaza have received at least one vaccine dose, according to Palestinian officials.

The Palestinians have already received vaccine doses from Israel, as well as from Russia, China, the United Arab Emirates and the global Covax vaccine-sharing initiative.