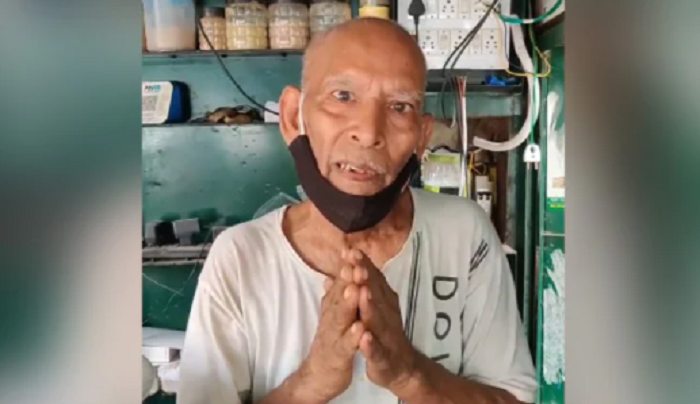 "On Thursday at 11.15 pm, information was received from the Safdarjung Hospital that Prasad was admitted there. Police reached the hospital and collected MLC (medico-legal case) which mentions the intake of alcohol and sleeping pills as the cause of unconsciousness," Deputy Commissioner of Police Atul Kumar Thakur was quoted as saying by Press Trust of India.

Kanta Prasad's son Karan told the police that his father had taken drinks and sleeping pills. His wife Badami Devi, speaking to reporters, said he fell unconscious at their shop.

The "Baba Ka Dhaba" roadside eatery shot to fame last year when a video of Kanta Prasad in tears, sharing his financial troubles, moved thousands online. Donations poured in from across the country after the video of the elderly couple was posted by YouTuber Gaurav Wasan.

With his overnight wealth, Kanta Prasad opened a restaurant but the crowds soon thinned and the losses piled up. Earlier this year, the restaurant shut down and Kanta Prasad was back to running his roadside dhaba with his wife.

"I shut the restaurant on February 15. It took around ₹ 1 lakh to run it but the returns were very poor," he told news agency ANI. He also claimed he had ₹ 20 lakh left from his earnings and would run his kiosk until he was alive.

Recently, he apologised to Gaurav Wasan, whom he had accused of swindling him of a chunk of donations.