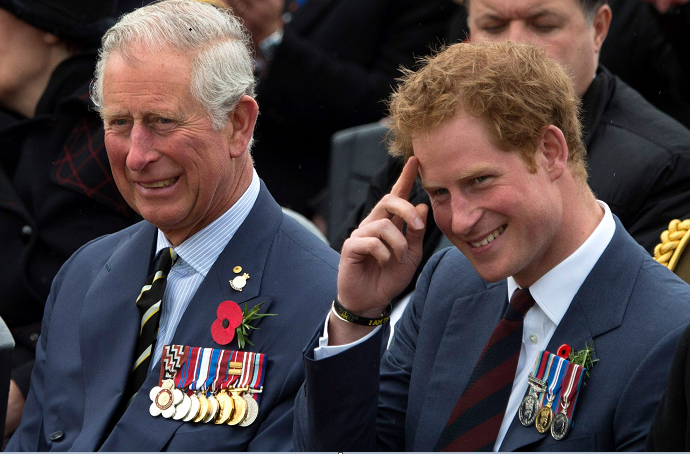 Prince Charles can't handle Prince Harry's criticism of the royal family as he is "immensely sensitive", an author has claimed.

According to the author of "Diana, The Voice of Change", Charles' sensitivity means it is difficult for him to deal with the tensions between his son Harry and the rest of the family.

Mr Pearce told US Weekly : "Prince Charles is a very, very shy man, a very sensitive and delicate man, but we see his public personality, but in private, he’s immensely sensitive."

He added that being sensitive and "dealing with very strong, combustible emotion on the outside of us" can cause people to have a fight or flight response.
He referred to when Diana, Princess of Wales, accused Charles of having an affair with Camilla.

Mr Pearce told the magazine: "So, what he did was to shrink back and as a result of that became aloof. Well, that doesn’t heal the challenge that’s taking place."

The author said Prince Charles "hides" if he cannot deal with problems because of his sensitivity, but noted that Harry is probably trying to heal that issue.

According to Mr Pearce, the Duke of Sussex is speaking out on the issues that feel most pressing to him in order to make some positive change.

Prince Harry recently said his life was a "nightmare", and accused his family of "total neglect" as he opened up to Oprah Winfrey about his mental health struggles during Apple documentary The Me You See.

Discussing his relationship with his father, Harry said his dad told him that media attention was something he had to get used to.

He said: "That doesn't make sense. Just because you suffered, it doesn't mean that your kids have to suffer.

"In fact, quite the opposite. If you suffered, do everything you can to make sure that any negative experiences you had, you can make it right for your kids."