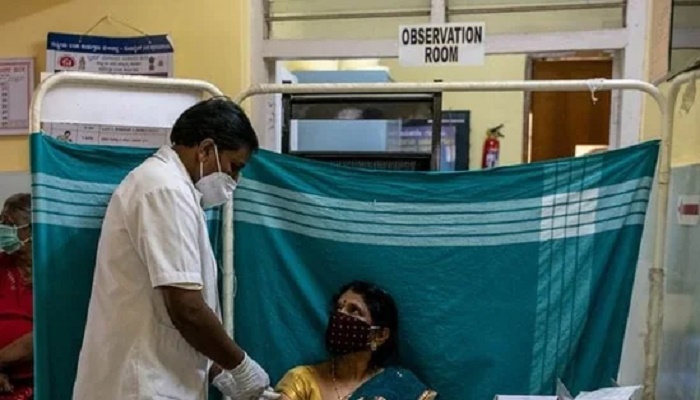 Friday’s case count is 4,728 less than that of Thursday’s when 67,208 people tested positive for the viral disease. Since Wednesday, the country had been witnessing a marginal increase in its daily tally when 62,224 cases were reported. While on Tuesday, 60,471 people were detected Covid-19 positive, the lowest single-day rise in more than 70 days.

Meanwhile, the toll on Friday has been the lowest since April 18 this year, when 1,501 people succumbed to the viral disease.

Even though India has managed to gain slight control over the second wave of the pandemic after it had witnessed its worst health crisis in April this year, the possibility of a third and more deadly wave is still lurking. It has been often pointed out that children will be more prone to the viral disease in the third wave in India due to which states and Union Territories (UTs) have started ramping up their health infrastructure.

However, a seroprevalence study carried out by the World Health Organization (WHO) and the All India Institute of Medical Sciences (AIIMS) has stated that the possible third wave of the pandemic is unlikely to disproportionately affect children than adults. The SARS-CoV-2 sero-positivity rate among children was high and was comparable to the adult population in the study, which was conducted in five selected sites including Delhi with a total sample size of 10,000.

In Delhi, 74.7 per cent of the population, comprising both children and adults, were exposed to Covid-19, the WHO-AIIMS study found out. This is much greater seroprevalence than the Delhi government’s survey from January 1 where 56.1 per cent were found to have antibodies against the viral disease, Hindustan Times reported.

The national capital has started with the unlocking process and several Covid-19 related restrictions have been eased such as re-opening of restaurants, salons, shopping malls, metro etc. However, there is a strong possibility that infections might shoot up again as more and more relaxations are given by the government.