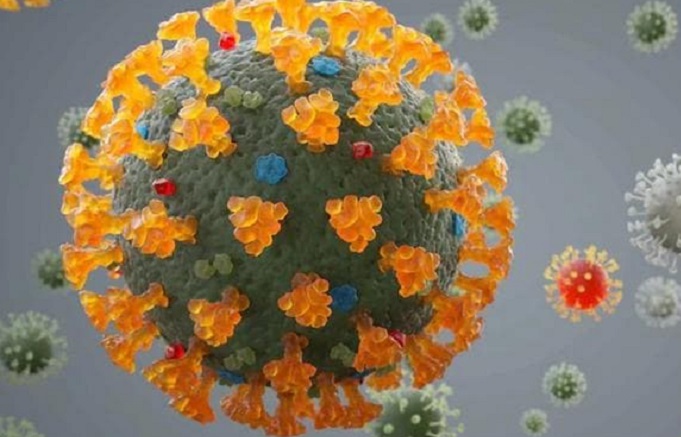 With the southern and northern regions of Bangladesh reporting a constant surge in both deaths and cases from coronavirus amid the community transmission of the Delta or Indian variant, the entire country may witness a serious outbreak of the virus.

The bordering districts of Rajshahi and Khulna divisions have already been highly affected by the deadly pathogen. These districts continued to report a rise in the number of new deaths and cases from the virus.

The national surge has been driven by a spike in both deaths and infections from the virus in the bordering regions.

Experts fear that other parts of the country may witness a surge in infections if the Indian variant spreads across the country.

“The number of deaths and infections from coronavirus is on a rise. People’s apathy to maintain health guidelines is the main reason behind it. The movement of people from India is another reason for the worsening situation,” Prof Dr Tahmina Shirin, director of the Institute of Epidemiology, Disease Control and Research (IEDCR), told the Daily Sun.

She said the Delta or Indian variant of the virus has spread in the country, particularly in the bordering districts, as the community transmission of the strain has already taken place here. “The Indian variant is highly contagious.”

Tahmina Shirin said there is no alternative to adhering to safety protocols to bring the coronavirus situation under control.

The Indian variant of the virus has been found in 68 per cent Covid-19 patients in Dhaka, according to a study.

The study was conducted by International Centre for Diarrhoeal Disease Research, Bangladesh (icddr,b) among the Covid-19 patients between the last week of May and first week of June this year in the capital, the icddr,b sources said.

The researchers have found the results after genome sequencing of 60 samples in 14 days. The Delta variant of the coronavirus was found in at least 68 per cent of the patients during the survey.

According to the Directorate General of Health Services (DGHS), 63 deaths and 3,840 infections were reported from coronavirus in the last 24 hours till Thursday morning. The daily positivity rate has jumped to 15.44 per cent.

Of the new deaths, 13 were reported in Rajshahi division while 20 in Khulna, 10 in Dhaka, 11 in Chattogram, three in Barishal and two in Sylhet, Rangpur and Mymensingh division each.

The DGHS data said a total of 356 Covid-19 patients died in the country in the last seven days from June 11 with 134 (37.64 per cent) of them in Rajshahi and Khulna divisions.

Talking to the Daily Sun, Prof Dr Nazrul Islam, a member of the National Technical Advisory Committee on Covid-19, said, “Coronavirus infections have seen a rise in bordering districts and those may be transmitted to other parts of the country gradually. If this happens, the entire country will be at risk.”

Describing the reasons behind the rise in infections, he said the spread of the Indian variant of coronavirus, people’s movement from India and the rush of thousands of people to their village homes during Eid-ul-Fitr are responsible for the new spike.

Nazrul Islam, also former vice-chancellor of Bangabandhu Sheikh Mujib Medical University (BSMMU), lamented that there is a lack of preparations from the part of government departments concerned to face the current coronavirus situation. “There’s no arrangement of adequate ICU (Intensive Care Unit) beds and testing facility at district hospitals.”

He suggested that the government increase the testing facility at the district level immediately in a bid to isolate the Covid-19 patients.

The DGHS sources said both deaths and infections from coronavirus have been rising in the country over the past two weeks as the number of high-risk districts has risen to 50.

According to the IEDCR, a district is considered a high-risk zone if the infection rate there is 10 per cent and above.

Of them, the situation in the districts of Khulna and Rajshahi divisions is alarming in terms of deaths and cases.

Experts say the government measures to tackle the coronavirus crisis are inadequate and a lack of coordination among its agencies and public representatives could deepen the crisis.

The IEDCR director said people’s apathy to lockdown has made it ineffective and the situation may turn worse for this.

At a press conference at his ministry on Wednesday, Health and Family Welfare Minister Zahid Maleque said the coronavirus situation has worsened particularly in the country’s northern and southern regions.

The Covid-19 cases have risen in different districts, including Rajshahi, Chapainawabganj, Naogaon, Khulna, Kushtia, Satkhira and Noakhali, he said, adding that the daily positivity rate has shot to even 50 per cent in some areas.

Following the new surge of Covid-19 cases and deaths, the DGHS has already recommended imposing lockdown on 14 districts of the country, particularly of Khulna and Rajshahi divisions.