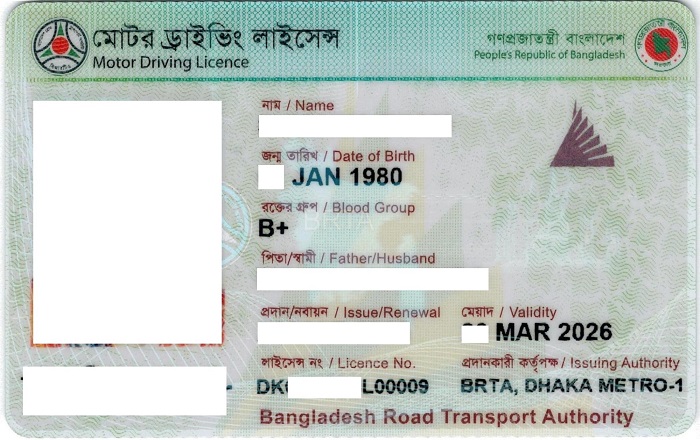 * Many yet to get licences despite passing tests

Nearly 1.5 million applicants are not getting driving licences despite passing their tests in Bangladesh Road Transport Authority (BRTA).

Many jobseekers have feared that they might miss job opportunities at home and abroad due to the lack of their smart driving licences.

Sources said the irresponsible role of Madras Security Printers, the vendor for manufacturing the smart cards for the BRTA, has created the awkward situation in the process of issuing driving licences.

An allegation is rife that the BRTA has ‘mysteriously’ confined into the circle of Madras Security Printers (MSP), which has been banned in India and many other countries.

Officials said the achievements of the BRTA, the state-run driving licencing authorities, are at the corner edge due to the failure of MSP which has failed to deliver smart cards timely.

Around 1.5 million applicants have been waiting for driving licences for the last one year though they have passed their driving tests. Of them, some 1 million are driving with acknowledgement slip, given by the BRTA.

Applicants say that they can’t apply for jobs at public-private organisations due to the lack of driving licences.

On July 29, 2020, the BRTA signed an agreement worth of million US dollars with the MSP to produce 4 million smart cards for driving licences in five years.

According to the agreement, the Logic Forum, a local agent of the MSP, is supposed to supply the first shipment within two months.

The timeline was extended to four months due to the corona pandemic. However, the agency has failed to provide any smart card in the last one year, officials said.

BRTA sources informed that Road Transport and Bridge Minister Obaidul Quader wanted to see the sample of work from the Madras Printers in December last year. The agency failed to provide any sample.

Sources at the Road Transport Ministry mentioned that the Madras Security Printers is yet to set up the ‘central enrollment station’ for the project while the company didn’t employ any staff till now.

According to the sources, BRTA officials awarded the work permit to Madras Security Printers, depriving the qualified agency Selp of France in the first-phase tender.

Sources alleged that the BRTA issued an amended circular for four times to award the work permit to Madras Printers.

The ‘much-talked-about’ agency, Madras Security Printers, has been banned in its own country India which imposed a ‘lifetime ban’ on the company over the allegation of selling citizen data in the agency in the Aadhaar card project.

The agency is also dropped from social security service titled ‘MeeSeva’ in the southern Indian state of Telangana. According to the decision of the central government, Madras Security Printers will never be allowed to take part in any tender in India.

Some nine directors of Madras Security Printers have been facing warrant for arrest in Kenya.

The agency also involved in irregularities in a Sri Lankan project. Earlier in 2015, the agency failed to supply required products in immigration card project of BMIT.