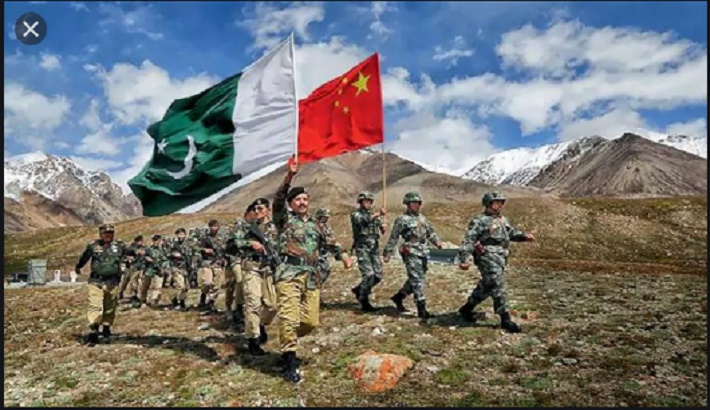 China has never wanted Pakistan to break ties with the US. In case Pakistan was left with no other choice, it would like to keep China as its principal strategic ally. The US too would not insist on Pakistan to continue its relationship with it at the cost of China since both China and the US wanted to lower temperatures. In fact, China’s only issue was India nevertheless China and India were engaged in mutual trade to the tune of 100 billion dollars. Pakistan has categorically told the United States that it would always opt for a holistic bilateral arrangement instead of merely establishing mutual ties on “Afghanistan-first and other things to follow later on”.

This was the crux of the on-background discussion between one of the highly-placed government office-holders of the security system and a limited group of media persons here on Monday.

The official was asked as to what could be the possible aftermath of US forces’ withdrawal from Afghanistan. He replied that the process of the withdrawal was going on fast and was nearing conclusion and that Pakistan was fully alert about the possible, negative impact of Afghan situation if it goes from bad to worse. “There can be yet another flood of refugees coming from across the Pak-Afghan border and although the fencing on the border was almost complete, it would still become a big issue if the inflow of Afghans fleeing any possible Taliban takeover of Kabul, swells to a large number”.

He said the situation in Afghanistan nowadays is far more different from that of 1990s and now, the militarized outfits other than Taliban, were more equipped and stronger than before. So, one can’t predict that the post-withdrawal scenario would bring stability or peace in the region. In this manner, Afghanistan won’t be an easy prey for Taliban, despite the fact that the Kabul government and Afghan National Security Forces were not capable of resisting their advance. Even Pakistan did not possess the capacity to control and shape the events in Afghanistan so as to happen the way we want or exactly in accordance with the wishes of the US.

“We don’t have that leverage in Afghanistan although the US perception is otherwise. Despite these limits explained time and again to the US’ top brass in its security and administration structures, the latter are still of the considered opinion that Pakistan possessed more than sufficient clout to shape the events in Afghanistan, given its immense influence over Taliban”, he added.

The official confided to the media persons that Washington wanted Pakistan’s role vis-à-vis Afghanistan in such a manner that Afghan issue should be addressed first, other matters of mutual interest to follow subsequently. However, Islamabad has unambiguously made it clear that it won’t take to any such route because of which it (Pakistan) would be abandoned soon after it has been used as a tool. Hence, Pakistan’s stress, time and again, on a holistic, bilateral arrangement involving all vital areas, viz, commerce and trade, counter-terrorism, military-to-military etc etc.

“But, our mutual cooperation should never be allowed to become a prey to propaganda”, he said. Talking about foreign policy priorities, the official added, “Any foreign policy founded on either/or considerations was not a good foreign policy and is likely to end as a failure”.

Explaining Pakistan’s Afghan role, the official stated, “Whatever our capacity limits, Pakistan has already done more than enough for paving the way for Afghan peace”.

As regards the economic situation, the official said: “Things were not that good in Afghanistan at present and there is strong likelihood of things worsening further in future if a political settlement was not reached. Moreover, economic issue was all the more important in the days to come where China, Russia, Pakistan and other countries can play a good role in generating economic activity by investing in areas like minerals, construction of infrastructure and establishment of energy-producing industry, etc”.

The media persons were further informed that whenever Pakistan asked Kabul authorities to cooperate in the establishment of border markets and in the signing of enhanced trade agreements on new lines in the backdrop of the emerging scenario, they didn’t respond to any of these peace-and-stability promoting moves. On India, in the backdrop of Kashmir situation, the official said Pakistan was making use of every opportunity to utilize the available space for further engagement.