New studies show the depths of the unfolding Uyghur catastrophe 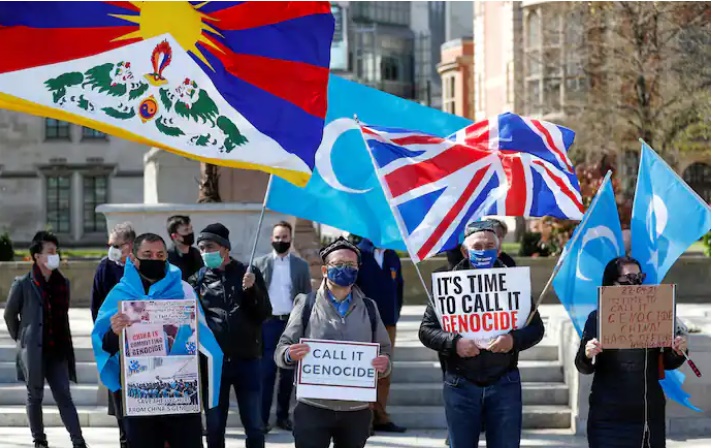 China’s ambassador to the United States, lashed out in May at reports of human rights violations, forced labor, and genocide against the Uyghur and other Muslim minority populations of the Xinjiang region in northwest China. He said the reports are “a downright lie,” “systematic slandering” and “groundless talk.” Mr. Cui also insisted Western critics should butt out of China’s internal affairs.

But there can be no silence about this destruction of a people and their heritage.

Under the guise of counterterrorism and anti-extremism, China has forcibly incarcerated more than 1 million Uyghurs in brainwashing camps intended to wipe out their culture, traditions and language. It has subjected them to forced labor conditions. It has carried out a punitive population-control strategy to reduce the Uyghur birthrate while boosting the growth of majority Han Chinese in southern areas of Xinjiang where the Uyghurs have long predominated. All of these atrocities taint the upcoming Winter Olympics in Beijing and should be reason for corporate sponsors to pull out.

Two new studies shed additional light on the unfolding Uyghur catastrophe. The 1948 genocide convention, which China signed, defines genocide as, among other actions, “imposing measures intended to prevent births within the group” if it is “committed with intent to destroy, in whole or in part, a national, ethnical, racial or religious group.” Adrian Zenz, senior fellow in China studies at the Victims of Communism Memorial Foundation, who exposed earlier details about the Uyghur repression, has published a new peer-reviewed paper that argues China has carried out draconian population control measures in Xinjiang with explicit “long-term” intent to reduce ethnic minority population growth.

By showing intent, Mr. Zenz bolsters the argument that China is committing genocide under the treaty definition. He quotes Chinese party official Liu Yilei as saying at a symposium last year that southern Xinjiang suffered from an “unbalanced population structure” and the proportion of Han Chinese there “is too low” compared with the Uyghurs. In another case, researcher Li Xiaoxia wrote in a 2017 paper that “controlling the growth rate of the ethnic minority” was necessary to assure “peace and stability in Xinjiang.” Mr. Zenz estimates that the difference between an expected natural birthrate and the lower one resulting from “heavy-handed government interference” is between 2.6 million and 4.5 million lives.

At the same time, Amnesty International has published a study based on interviews with 55 people subjected to incarceration in Xinjiang. Many were sent to camps because they contacted someone abroad, or had unauthorized software on their phones, or for involvement in Islamic activities, including work in a mosque, praying or possessing a prayer mat. Amnesty said its information shows the Chinese government “has committed at least the following crimes against humanity: imprisonment or other severe deprivation of physical liberty in violation of fundamental rules of international law; torture; and persecution.”

No matter how often Chinese leaders protest, such affronts to human dignity cannot be ignored.