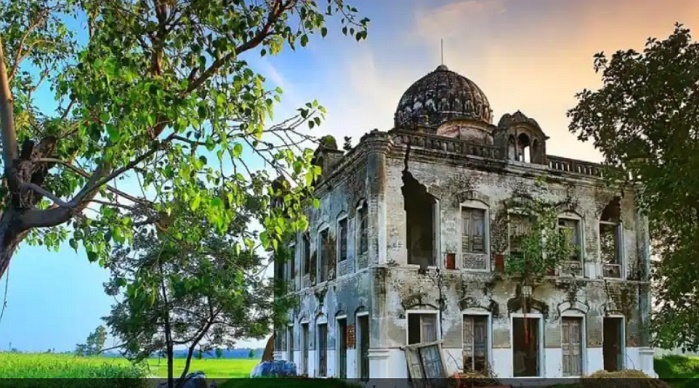 Sikh community's single largest representative body Shiromani Gurdwara Parbandhak Committee (SGPC) has approached the Pakistan government for immediate repair of historical Gurdwara Nanaksar Sahib, whose building is on verge of collapse, and has also offered to perform ‘sewa’ (voluntary service) if the Pakistan government is not able to reconstruct the religious place constructed in the memory of Sikh’s first master Guru Nanak Dev.

SGPC president Bibi Jagir Kaur told Zee News that she was deeply moved to see the crumbling building of Gurdwara Nanaksar Sahib following which she had written a letter to the Pakistan government to pay immediate attention and order repair of the religious site.

Sikh’s first master Guru Nanak Dev had stayed at Chak Fateh Bhinder village after completion of his fourth ‘udasi’ (travel) said, Baba Ji. He said there was not even a single Sikh family in around twenty-five kilometres of the Gurdwara, but it was still being maintained by a local Muslim family who lived near the Gurdwara. He said only a handful of Sikhs lived in Sialkot.

“The building has borne the brunt of vagaries of bad weather but strangely PSGPC didn’t bother to even repair the Sikh holy place leave alone beginning the religious services in the Gurdwara,” said Kochhar.

Kochhar suggested that PSGPC should prepare a  list of historical Gurdwara’s in Pakistan and the condition of their buildings to maintain transparency.

“Once the real condition of Gurdwara buildings in Pakistan is documented, I am sure Sikhs from around the world would volunteer to carry out repair and other necessary development of the area which will also not put any burden on the Pak government,” he opined.

Bibi Jagir Kaur said the SGPC had also offered the Pakistan government to carry out the ‘sewa’ if they had any problem in doing so.