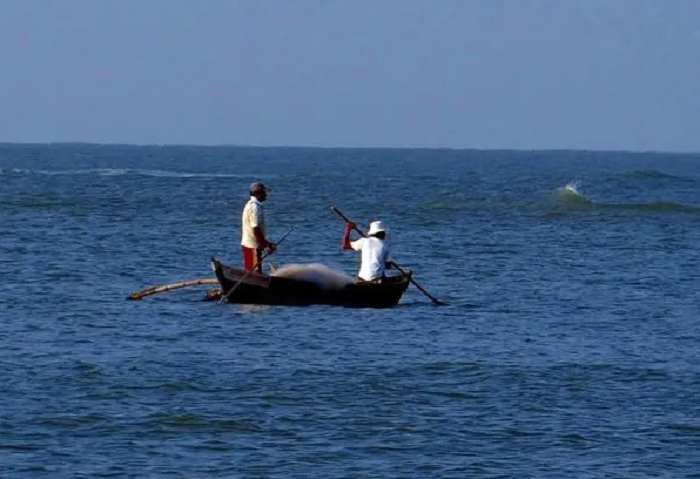 Balochistan: Hundreds of fishermen, political workers and members of civil society staged a protest to cancel fishing licences of Chinese trawlers to protect the livelihood of the Gwadar fishermen.

The National Party and Baloch Student Organisation had called for the protest rally and sit-in in front of the Gwadar Press Club against the Imran Khan government's move, reported Dawn.

The participants of the rally marched on the roads of the coastal town and later staged the sit-in against Imran government decision to grant Chinese trawlers fishing rights in Gwadar by issuing them licences.

Speakers said the fishermen of Gwadar had vacated their fishing spots for the construction of the Gwadar port hoping that their economic conditions would improve once the port was ready, but now the federal government had issued licences to Chinese trawlers which was badly affecting their livelihood.

They alleged that the provincial fisheries minister and the federal government officials, instead of supporting the stance of the local fishermen, were giving statements in favour of the Chinese fishermen, reported Dawn.

Though Balochistan is the largest province of Pakistan with ample natural resources, it remains the poorest and least populous. The Balochs have often raised the issue of under-development, but Pakistan has responded to it with forced abduction, torture, and harassment.

In 2015, China announced the China-Pakistan Economic Corridor (CPEC) project in Pakistan worth USD 46 billion, of which Balochistan is an integral part. It would link Pakistan's southern Gwadar port in Balochistan on the Arabian Sea to China's western Xinjiang region. It also includes plans to create road, rail and oil pipeline links to improve connectivity between China and the Middle East.

The Balochs opposed China's increasing involvement in the province. The CPEC has not benefited the people of Balochistan while people of other provinces enjoy the fruits of the mega project. This has led to widespread protests as the Chinese are viewed as encroachers who are squeezing out all the wealth from the region.