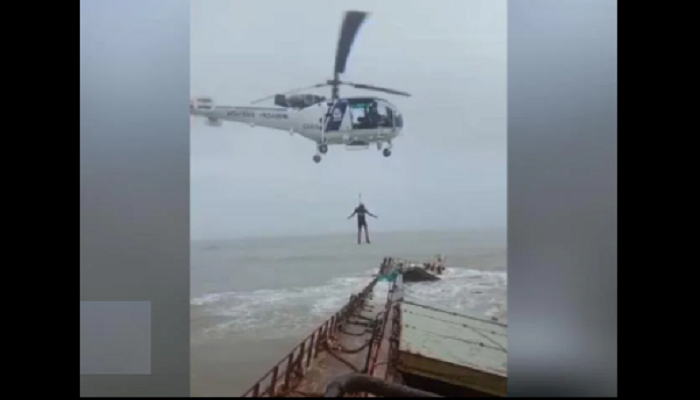 The Coast Guard of India on Thursday rescued 16 crew members of a cargo vessel that got grounded off the Maharashtra coast.

The vessel, MV Mangala, began to tilt after water began to flood its lower deck.

A statement from the Coast Guard said they deployed a ship and two helicopters to rescue the crew after receiving a request for help from the vessel master.

The rescue efforts were carried out amid inclement weather, the Coast Guard added. All the 16 crew members were taken to Revdanda port in the Raigarh district of Maharashtra and administered first aid.

"The vessel has around 24 KL fuel left and the state administration has been informed and the agent and charterer have been directed to take necessary action at the earliest", said DIG Prashant Kumar Sharma, Commander, Coast Guard Maharashtra.