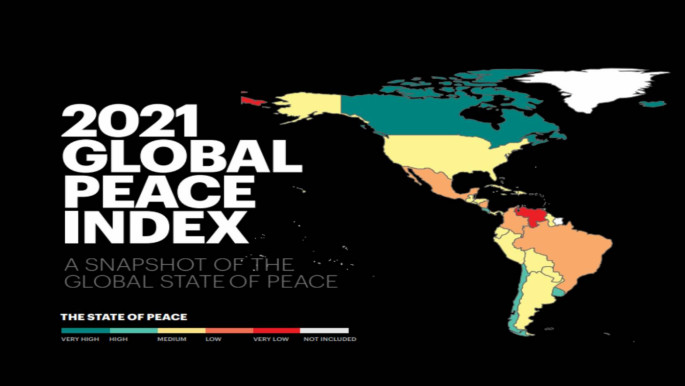 Bangladesh has climbed up 7 notches from its previous year's peace ranking to become the 91st most peaceful nation on the Global Peace Index 2021 and the third most peaceful in South Asia.

The Institute for Economics and Peace published the 15th edition of the index on Thursday (today), ranking 163 independent states and territories according to their level of peacefulness.

The index captured the absence of violence or the fear of violence across three domains: Safety and Security, Ongoing Conflict, and Militarisation.

Bangladesh's jump to 91st spot this year makes the country third most peaceful in South Asia, with an overall score of 2.068 -- behind Bhutan and Nepal. Singapore has been named the most peaceful country in Asia, positioning itself at 11th overall in the world.

Bangladesh has replaced Sri Lanka this time. Sri Lanka has recorded a massive deterioration of its peace ranking by nineteen positions from 2020 to position itself 95th globally in this year's ranking and came 4th in South Asia.

It is followed by India which moved up two spots from its previous year's peace ranking to become the 135th peaceful country and 5th in the region.

The study highlighted that the largest improvement in peacefulness in South Asia occurred in Pakistan – which climbed up two spots to rank 150th globally and 6th in the region.