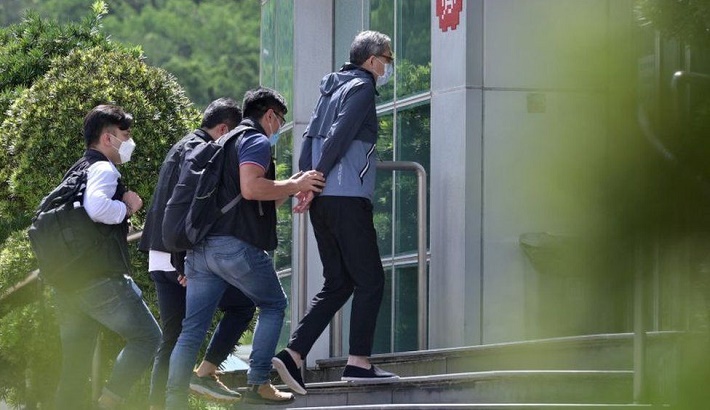 Police also arrested the editor-in-chief and four other executives at their homes. It also froze HK$18m ($2.3m; £1.64m) of assets owned by three companies linked to Apple Daily.

The paper is owned by Jimmy Lai, who is in jail on a string of charges.

Apple Daily is known to be critical of the mainland Chinese leadership.

In a press briefing, police said that since 2019, Apple Daily had published more than 30 articles calling on countries to impose sanctions on Hong Kong and mainland China.

It added that the assets of Apple Daily Limited, Apple Daily Printing Limited and AD internet Limited had been frozen.

Dozens of prominent activists have been arrested since the national security law was introduced last year.