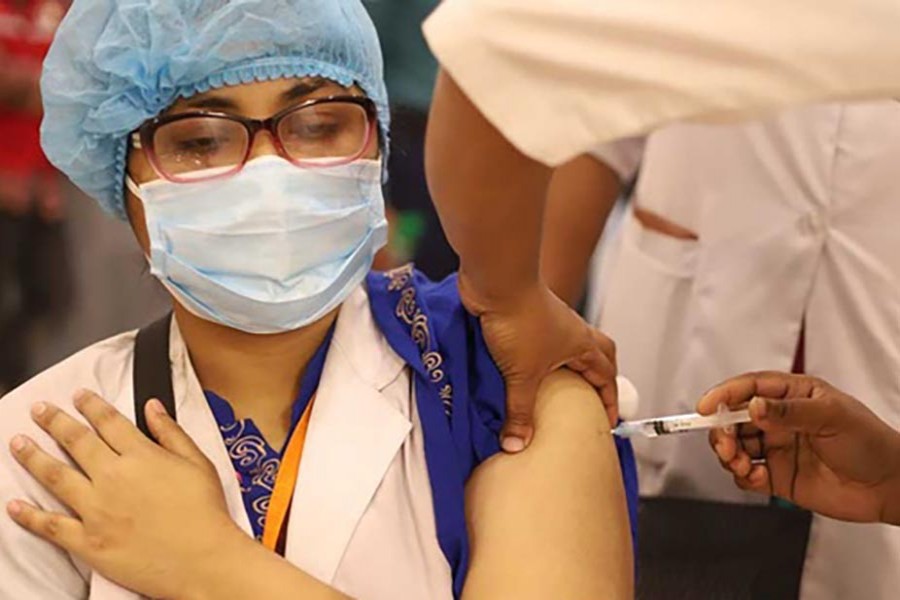 The mass inoculation of Covid-19 is expected to be resumed in July as the government is working relentlessly to collect more vaccines, Prime Minister’s Principal Secretary Dr Ahmad Kaikaus said on Thursday.

In a press conference at the Prime Minister’s Office (PMO) organised marking the distribution of another 53,340 houses by Prime Minister Sheikh Hasina, he said ‘’We are maintaining communications and already talked with a few countries. Now, we are expecting to get vaccine soon.’’

In addition, the government is also trying to produce vaccines in the country, he added.

Mentioning that a total of Taka 14,000 crore has been allocated to collect vaccine, the Principal Secretary said Bangladesh doesn’t want any favour from anyone rather it will buy it as Prime Minister Sheikh Hasina always insists that “we don’t need any free vaccine, we will buy vaccine”.

Replying to a query, he said the government from the very first day has been working rigorously for souring vaccines. “Our high commissioners and ambassadors have been communicating with the USA, the UK, European countries, China and others countries continuously to this end,” he added.