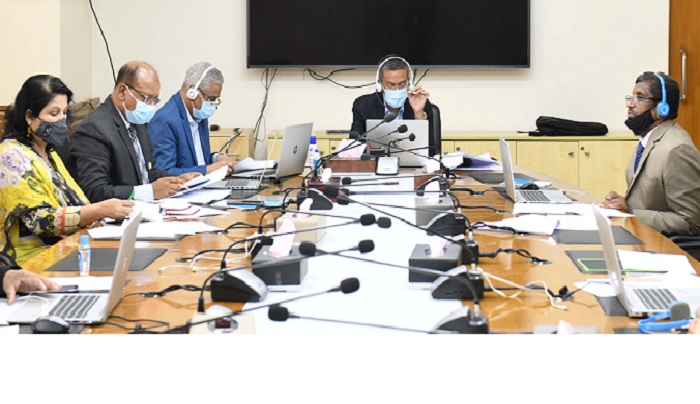 Janata Bank Managing Director and CEO Md Abdus Salam Azad presides over a branch managers’ conference of the bank through digital platform in the capital on Wednesday. Branch managers of Chattogram, Cumilla and Noakhali took part in the conference.

Janata Bank alone was able to reduce its capital deficit to Tk 4.16 billion from Tk 54.75 billion.

Janata Bank reported the best performance of all other state-owned banks by reducing Tk 50.58 billion or 92.39 percent of their capital deficit during the period.

According to a report of Bangladesh Bank, the capital deficit of six state-owned banks fell significantly from December 2020 to March 2021.

“Janata Bank has been able to achieve such a glorious success by the policy support of government,” said Md Abdus Salam Azad, Managing Director of Janata Bank, told the Daily Sun.

He attributed the success to Janata Bank officials at branches and policy makers.

“We are being optimistic for such a good performance of the state-owned banks and their officials,” he said.

He also attributed the success to Bangladesh Bank.

He described the performance as “encouraging” given the pandemic facts and overall economic activities of the country.