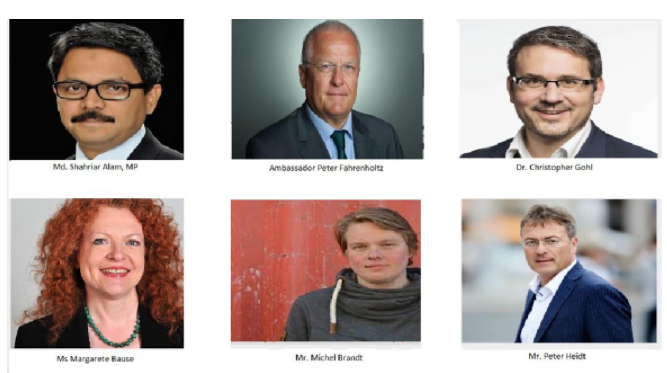 He said Bangladesh and Germany can join hands and learn from each other to mitigate the adverse impacts of climate change.

At a virtual meeting with a German Parliamentary delegation on Tuesday, the State Minister highlighted Bangladesh’s efforts to lead by example in climate adaptation, including through setting up the Climate Change Trust Fund.

A four-member German delegation led by Margarete Bause, a member of Bundestag (German Federal Parliament) and spokeswoman for human rights and humanitarian aid, had a series of interactions with policy makers, parliamentarians, academia and international organisations in Bangladesh yesterday.

They also recognised Bangladesh’s growing resilience in the face of climate-induced disasters and related fall-outs, and termed it as an example for other countries to draw lessons from.

The two sides agreed to continue working on climate and security, and foster partnership among climate resilient cities.

Shahriar thanked Germany for the humanitarian assistance for the Rohingya temporarily sheltered in Bangladesh.

He urged Germany to remain engaged with Myanmar to facilitate the safe, dignified and voluntary return of the Rohingya at an early date.

The meeting was moderated by German Ambassador to Bangladesh Peter Fahrenholtz.