'Strong consensus' in NATO to continue support to Afghans after US troop pullout, says Biden 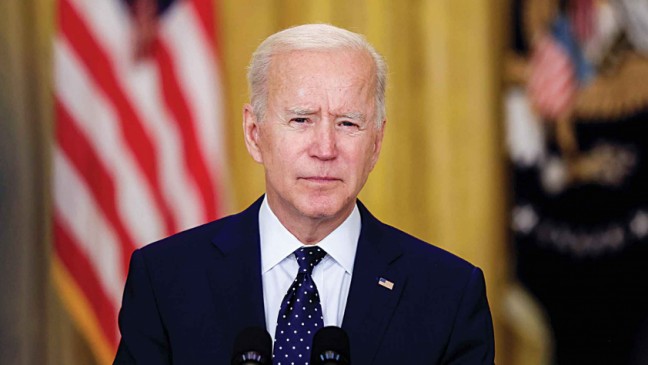 BRUSSELS: US President Joe Biden has said there is a "strong consensus" among NATO leaders about America's decision to withdraw troops from Afghanistan and that they will continue to support the Afghan people and security forces.

Biden's remarks come ahead of the September 11 deadline when the military troops of United States and its allies are set to exit from Afghanistan, even as there is a surge in the undeclared spring offensive by the Taliban.

Addressing a press conference after the NATO leaders' summit in Brussels on Monday, Biden said, "And there was a strong consensus among the leaders in that meeting on Afghanistan. Our troops are coming home, but we agreed that our diplomatic, economic, and humanitarian commitment to the Afghan people and our support for the Afghan National Defense and Security Forces will endure."

ensure that Afghanistan never again becomes a safe haven for attacks on our countries, even as we take on terrorist networks in the Middle East and Africa," he added.

Speaking at the same conference, NATO chief Jens Stoltenberg said the transatlantic alliance will continue supporting Afghanistan by funding Afghan forces, training for Afghan forces, with a continued civilian presence, and maintaining "critical infrastructure" such as the Kabul airport.

"NATO and allies are now working on how to ensure the continued operation of an international airport in Kabul. There were meetings also on the sidelines of the summit today. Turkey of course plays a key role in those efforts," he said.

In the Brussels Summit Communique issued after the summit, the leader said that withdrawing our troops does not mean ending their relationship with Afghanistan. "We will now open a new chapter. We affirm our commitment to continue to stand with Afghanistan, its people, and its institutions in promoting security and upholding the hard-won gains of the last 20 years."

"We will also step up dialogue on Afghanistan with relevant international and regional partners. We continue to support the ongoing Afghan-owned and Afghan-led peace process, and call on all stakeholders to help Afghanistan foster a lasting inclusive political settlement," the NATO chief said.