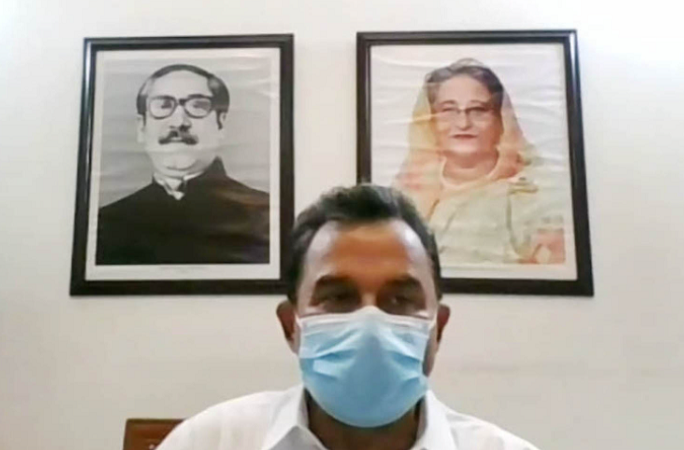 Finance Minister AHM Mustafa Kamal on Wednesday said he also feels sorry for the capital flight from the country and the government is trying to formulate necessary laws to prevent it.

The finance minister also informed that the enactment of 14 laws is underway to fend off the capital flight.

“Money laundering also makes me shocked like you. For this, the system will have to be updated first. If we can identify the money launderers and why money laundering is taking place, taking actions against it will be much easier,” he said.

Kamal was talking to the reporters at a virtual press briefing after he joined a Cabinet Committee meeting on government purchase.

“But before that we’ve to know why money is being laundered. We’ve to know who are doing this. We’ll try to curb it through digital systems alongside plugging in the loopholes,” Kamal told reporters.

He believes that money laundering can be stopped to a large extent once the country can create a conducive environment for investment.

For addressing the first issue, the government will create a favourable investment climate to stop capital flight and for the second issue the launderers will be brought under digital tracking systems and legal actions will be taken against them, he said.

Kamal also sees a win-win situation for both Bangladesh government and the borrowing countries as the country has moved to lend money to some countries grappling with shrinking foreign reserve.

“I’ve told the Parliament that we’re not far away from being a lending nation. It won’t be bad if we can earn some extra money through lending to neighbouring or some other countries,” he said.

“We’ll get good returns from the money to be lent to other countries,” the finance minister also said a day after Bangladesh on Tuesday sanctioned $5.32 million Special Drawing Rights (SDR) or nearly Tk 650 million debt relief to Sudan in response to an IMF request.

Recently, the government has announced a $200 million loan to Sri Lanka from the foreign reserve money to help the South Asian nation fight its rising debt.

Replying to a query, Kamal said lawmakers have to say yes or no in case of passing any bill in the Parliament, but there is a scope of discussion on the proposed budget in the parliament.

Lawmaker Saber Hossain Chowdhury in a recent dialogue alleged that lawmakers now have little role to play in the budget formulation or approval process.

In reply to another question about the delay in the release of final GDP figures for FY20 from BBS, the finance minister said it is being delayed like other thinks as it is not a normal situation now.