Biotech's Covid vaccine to get conditional approval for human trials 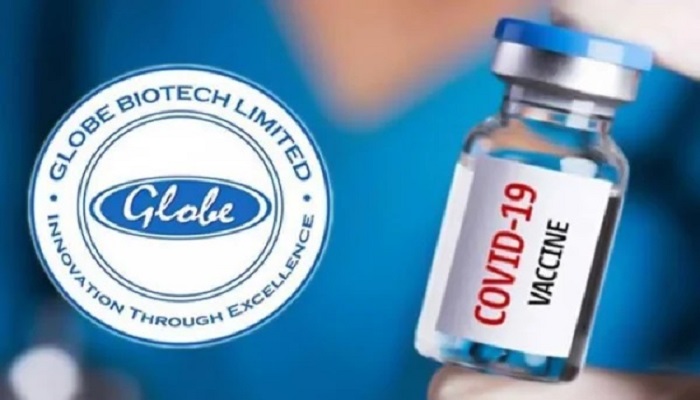 The decision was taken in a BMRC virtual meeting on Wednesday.

"Two more vaccines, one from China and another Indian, were also taken into consideration for approval," BMRC Director Professor Dr Ruhul Amin told media after the meeting.
The companies will be informed about this in a letter on Sunday.

Confirming the matter to journalists, committee chairman Professor Dr Shahla Khatun said, "Globe Biotech would need to complete a number of processes, including applying the vaccine on monkeys or chimpanzees before proceeding to human trial."

Globe Biotech Limited, a Bangladeshi biotech firm, previously submitted its protocol to the BMRC for the clinical trial of its Covid-19 vaccine Bangavax on 16 January.

On 28 December, Globe Biotech got approval from the Directorate General of Drug Administration (DGDA) to produce Covid-19 vaccine candidate Bangavax to carry out clinical trials.

The company, on 5 October, 2020 claimed that vaccine trials on rabbits and mice had shown "very promising results."

That same month, the International Centre for Diarrhoeal Disease Research, Bangladesh (icddr,b) announced that it had signed a memorandum of understanding with Globe Biotech to begin the phase 1 human trial.

Globe Biotech, on 1 December, 2020 cancelled its agreement with icddr,b, alleging that the latter had shown little interest in conducting the trial.

According to Globe Biotech, BANGAVAX vaccine secured the approval of the Directorate General of Drug Administration to manufacture the Covid-19 vaccine for clinical trials.