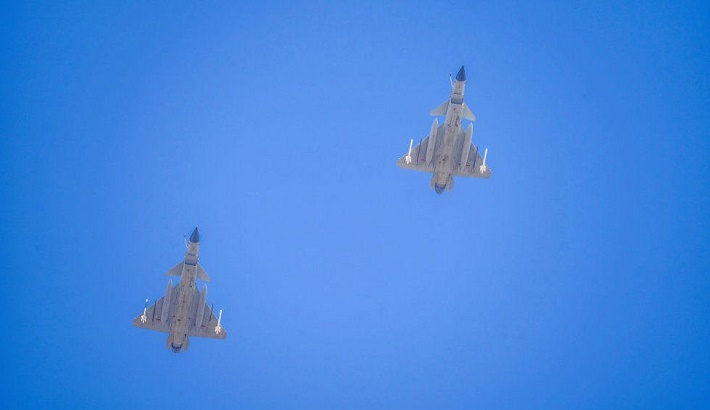 Fighters and nuclear-capable bombers were among those in the so-called air defence identification zone (ADIZ).

The incident comes after Nato leaders on Monday warned of the military challenge posed by China.

While democratic Taiwan sees itself as a sovereign state, Beijing views the island as a breakaway province.

An air defence identification zone is an area outside of a country's territory and national airspace but where foreign aircraft are still identified, monitored, and controlled in the interest of national security. It is self-declared and technically remains international airspace.