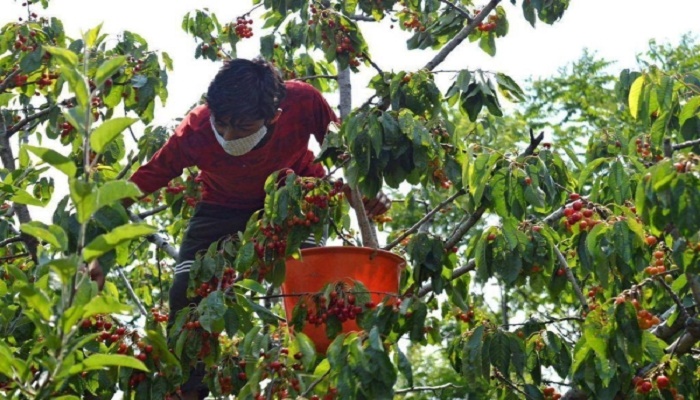 As the first wave of the coronavirus pandemic subsided in India, the country’s economy was showing signs of recovery in early 2021. Unfortunately, the country was severely hit by the second wave of the pandemic forcing many states to enforce lockdowns, which led to reduced mobility and limited economic activity.

As a result India’s GDP also shrunk by a quarter during the financial year 2020-21 as compared to the previous year owing to the unprecedented halt of economic activity.

Like most other nations across the globe, India’s health infrastructure was overstretched beyond its existing capacity although the government took every possible measure to ramp up arrangements, having gained some experience from the first wave of the pandemic.

However, it felt too insufficient for the overwhelming spread and severity of the new variants of the virus so much so that the daily cases reached their peak in the first week of May this year, the highest tally being 4,14,188 on May 7 with a daily death count crossing and remaining above the 4,000-mark for many weeks thereafter.

As the situation became alarming, the Indian government pitched in by providing short-term financial support to the people in distress as well as announcing long-term measures for ensuring economic growth. The budget also reflected the government’s emphasis on public spending. However, to deal with the immediate crisis, despite all financial burdens, the government of India took a slew of welfare measures, prominent among them are as follows:

— Under the “PM-CARES for Children” scheme, the central government announced (May 29) fixed Deposit benefits to the tune of 1 million rupees and free education for children orphaned due to COVID-19 disease. A few days ago, Delhi Government also announced (May 18) free education and 2,500 monthly aid to children orphaned due to COVID-19, till they attain the age of 25 years.

— Under Pradhan Mantri Garib Kalyan Anna Yojana (PMGKAY), the government re-introduced the ration scheme in the month of May and June this year and decided to further extend the scheme till November 2021. Under this scheme, more than 800 million countrymen will get free monthly 5 kilograms of food grains per person. This is in addition to the existing benefits of monthly 5 kilograms of food grains per person at 1-3 per kg via ration shops to the same beneficiaries under the National Food Security Act (NFSA) to minimize economic hardships being faced by the poor due to the coronavirus pandemic.

— In order to mitigate the suffering of the poor and destitute arising out of the Covid induced lockdown in various parts of the country, the Central government has introduced a scheme for the supply of food grains under the Open Market Sales Scheme (OMSS) to Charitable and Non-Governmental Organizations engaged in relief operations and relief camps or community kitchens for migrant laborers and vulnerable groups. Under this scheme, which has been extended up to March 2022, both rice and wheat are being provided at 22/kg and 21/kg respectively.

In India, 70 percent of rural households still depend primarily on agriculture for their livelihood, with 82 percent of farmers being small and marginal, continuation of MSP and its reasonable increase will benefit a large chunk of the rural population.

The central government in India has been focusing on providing maximum support to all state governments and Union Territories to deal with the pandemic whether by way of propping up medical infrastructure or public welfare.

For example, in Jammu and Kashmir, the Union government’s “PM CARES” (Prime Minister’s Citizen Assistance and Relief in Emergency Situation) has allotted three more oxygen generation plants of 100 LPM capacity to the Kashmir valley, further enhancing the availability of medical oxygen in the Union Territory.

Funded by PM CARES, the 500-bed Covid Hospital at Khonmoh, Srinagar has become operational, which has been set up by DRDO in a short span of 17 days. Indian Army’s Chinar Corps also has dedicated a 50-bed facility to the people of Kashmir on June 12.

In addition, the J&K government launched (May 26, 2021) a ‘Special Assistance Scheme for Covid mortalities (SASCM) for providing long-term support to vulnerable families who lost their sole earning member due to the COVID-19 pandemic. Under this scheme, cash assistance of 1,000 per month shall be provided to the spouse and the eldest member of the family. Apart from this, the scheme provides for a scholarship of 20,000 and 40,000 per annum for school and college-going students respectively.

These measures appear to be yielding positive results. The Union Health Ministry on June 11 stated that the country’s coronavirus situation appears to be stabilizing. Numbers indicate that the second wave has been brought under control to a great extent through maximum efforts put by the central and state governments. India’s COVID-19 caseload is nearing 30 million, with 70,421 fresh infections recorded in the last 24 hours as of June 14, 2021. The number of daily cases and deaths has been declining each day. Active cases have also now come down below 1 million (3.30%) as daily recoveries continue to outnumber fresh cases.

Undoubtedly, the vaccination initiatives by the government and people’s active participation have played a crucial role in bringing some control over the pandemic. As of June 12, nearly 250 million people have been inoculated in the country.

The government has stated that around 2.16 billion vaccine jabs will be made available for inoculating the entire population by the end of this year. For this, domestic production capacity has been increased as well as other foreign-made vaccines have been approved for use in the country in addition to the existing Covishield (Oxford AstraZeneca) and Covaxin jabs.

Though India’s economic growth suffered a multitude of setbacks owing to countrywide lockdown, unemployment, stress on health infrastructure, economic recovery seems to be back on track. Despite intense second wave and contraction of the economy, India’s GDP growth has been projected at 9.5% in 2021-22 by the country’s monetary regulator Reserve Bank of India (RBI).

The World Bank has also forecast India's GDP growth for the financial year 2021-22 to be 8.3 percent, given India’s plans for higher spending on health, rural development, infrastructure, and a stronger-than-expected recovery in services. Experts believe that the country is most likely to register a significant economic comeback and is likely to completely overcome the coronavirus pandemic shortly.