Famine in Tigray set to spread in Ethiopia, UN warns 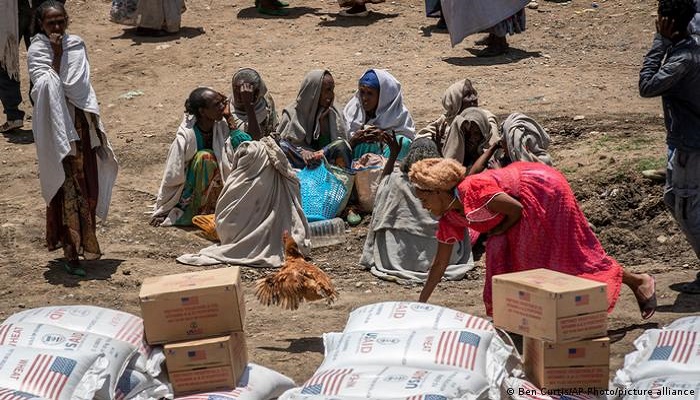 Famine in the war-torn Ethiopian region of Tigray is on track to spread to other parts of the country, a UN official warned Tuesday.

“The situation is set to get worse in the coming months, not only in Tigray, but in Afar and Amhara as well,” UN Under-Secretary-General for Humanitarian Affairs Mark Lowcock told the Security Council in a closed-door meeting, according to a statement obtained by AFP.

UN agencies say 350,000 people in Tigray, in northern Ethiopia, are barely surviving in famine conditions, including tens of thousands of malnourished children.

But Ethiopia disputes the figures and says aid groups have been granted unfettered access to the region.

In addition to the 350,000 people, “two million people in Tigray, Afar and Amhara regions are only a step behind,” Lowcock said.

After the Council session, which he attended, Ethiopia’s UN ambassador Taye Atske Selassie Amde said his country did not want the UN body to discuss Tigray, which he said was a matter of domestic politics.

“We vehemently disagree with this assessment” of the United Nations on the famine, he told journalists, saying that the data collected by the organization and NGOs had not been “transparent and inclusive.”

The Security Council meeting, requested by Ireland, has been difficult to organize because a majority of its members see the Tigray conflict as an internal Ethiopian matter.

They also see famine as a humanitarian issue that should not be dealt with by the body in charge of global peace and security.

“In terms of effectiveness, I don’t know if this will bring anything,” said a diplomat from one of the countries, speaking on condition of anonymity.

There are parliamentary elections in Ethiopia on Monday, the diplomat added. “Is this the time to put pressure on?”

For Ireland and the United Kingdom, however, the subject is clearly the Security Council’s responsibility.

“We called today for Council members to come together and to urge with one voice for an immediate ceasefire and access for humanitarian aid,” British Ambassador Barbara Woodward told reporters.

“All evidence now points towards an unfolding humanitarian catastrophe. Famine is a real threat. We can’t ignore that,” said her Irish counterpart, Geraldine Byrne Nason.

Ethiopian Prime Minister Abiy Ahmed’s reputation as a reformist and peacemaker has been seriously damaged since he sent the army into Tigray in November to oust the ruling TPLF party there.

Eritrean soldiers and allied militias joined the fight, which Abiy promised would be short but has dragged on for seven months.

The conflict has been characterized by Human Rights atrocities and alleged ethnic cleansing.