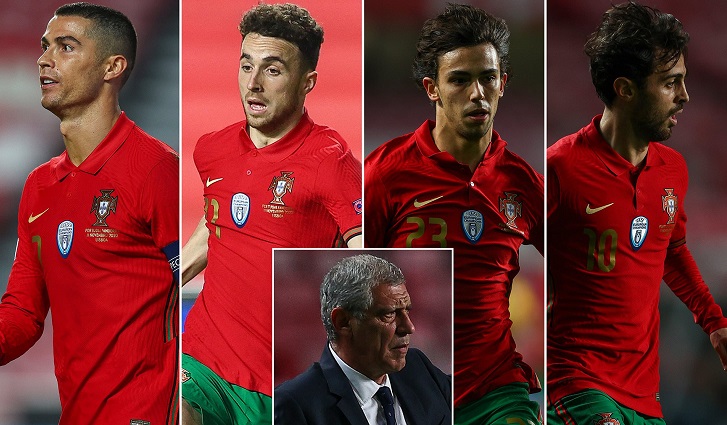 Diogo Jota and Bernardo Silva have been named in Portugal's front three alongside captain Cristiano Ronaldo for the holders' opening match of Euro 2020 against Hungary in Budapest on Tuesday.

The 38-year-old Pepe got the nod to partner Ruben Dias at centre-back ahead of Jose Fonte, while Rui Patricio remains the number one with Anthony Lopes a substitute.

Hosts Hungary are without forward Dominik Szoboszlai after the RB Leipzig man was ruled out of the tournament through injury.

Adam Szalai, who has scored 23 international goals, leads the line.