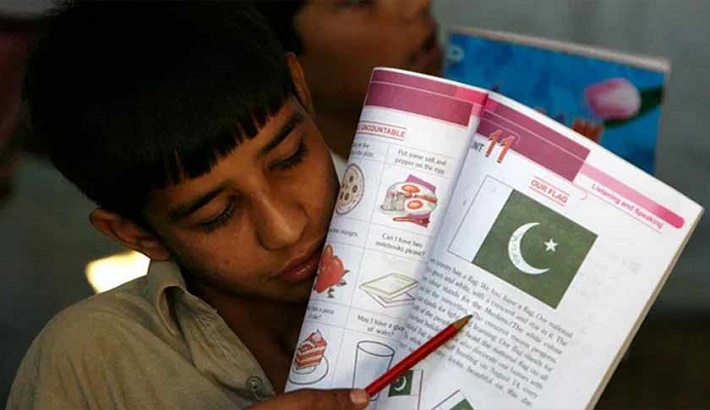 In recent years, many citizens from the religious minorities of Pakistan have given up hope of fair treatment and sought to migrate to other countries. These have included some Christian citizens. It is unfortunate that despite this the government has not to sought to address the concerns of the religious minorities while pushing for uniformity to the education system.

The minorities have been ignored in the recent debate for Single National Curriculum and the National Education Policy. While the government has announced measures to introduce a uniform education system and bringing madressah students into the mainstream, the religious minorities have not been taken into account.

It has been shown that primary school textbooks for English and Urdu contain content about Islam and references to Islamic teachings. This is in addition to Islamic studies taught as a separate subject. Students belonging to various religious minorities are to be taught the same books as Muslim students. Non-Muslim students are given the option of studying ethics instead of Islamiyat. Unfortunately, the ethics syllabus is not grounded in the Pakistani society. There is a chapter for example on Jain Buddhism in the Class IX textbook. However, there is no Jain Buddhist community in Pakistan.

Ethical teachings of Islam are also taught with references to the Quran.

The deprivation of religious minorities and religious extremism peaked in the Zia ul Haq era. The first exodus of Christians started during 1980-1986. The second began in 2008. During the Zia era, Christian citizens wanting to get jobs in the public sector, had started giving their children Muslim names. Islamic studies was made a compulsory subject at schools. From 2008, the pressure to migrate was raised by terrorist attacks against the minorities. As a result, many well-to-do and educated Christian families left Pakistan.

Today, only 35 percent of Pakistani Christians are literate. The community has contributed a lot to nation-building, especially in the education sector. However, many of their educational institutions, which the ZA Bhutto government nationalised, have not been returned. The Rang Mahal School, St Francis School, Murray College and Gordon College are glaring examples of this. Recently, the government has taken control of Edwards College in Peshawar. Such steps have created insecurity among the Christian community. The youth, disappointed after finding no avenues for development and progress, are particularly frustrated. When a five percent job quota was announced for minorities, this sent a wave of happiness among the marginalized communities, but the policy has not been fully implemented.

The number of seats allocated in Provincial and National Assemblies for minorities is based on the 1981 census. No enhancements have been made following the two later census exercises.

There is a two percent admissions quota in public sector universities for minority students. However, they do not get separate scholarships for research and higher education. A majority of the Pakistanis Hindus live in rural areas of Sindh. Like most Christians, they live below the poverty line and have a relatively low literacy rates.

The Covid-19 epidemic has terribly affected the minorities, particularly those on the lowest rung of income and wealth.

The government has not addressed the insecurity feeling among minority communities. There is disappointment with their representation in the legislatures. The MPAs, MNAs, and senators from minority communities have not significantly impacted the legislation process. None of them has ever raised a voice for equal education. Little concern has been shown in the case of minority interests being bulldozed in the national education policy debate.

It is crucial to make space for the minorities in both public and private sector, as they are as much a part of Pakistani society as the majority community. The policymakers must realise their responsibility and make policies that benefit all communities living in Pakistan.