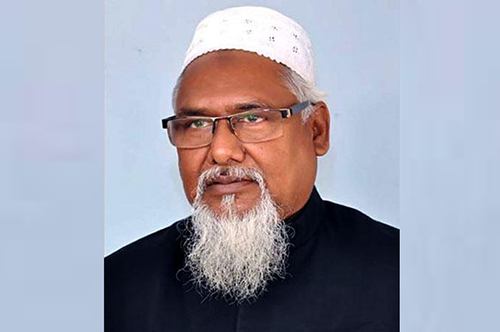 "Those in the disguise of Aleem seeking power and involved in anti-state and anti-society, and conspiracies have been put under the purview of the law," he said while speaking on the passage of Hajj and Umrah Management Bill, 2021 in Parliament.

Speaking on the Bill, BNP MP Harunur Rashid and Rumeen Farhana earlier came down heavily on the government for arresting Aleem recently.

In reply, the religious minister said only those involved in criminal offences have been arrested. "If anyone is arrested in an unjustified way, the Prime Minister told us to release him or her immediately, and many Aleem have been released. Lawful action has been taken against the real culprits."

The state minister said law is equal for all. The government under the leadership of Sheikh Hasina is respectful to all, including Aleem and Bujurg.

Earlier, BNP's Harunur Rashid said those who are called Aleem-Ulema are subjected to serious oppression. “Please release them. Or else, it will hit the country’s balance.”

He added that the Anti-Corruption Commission has served notices to top 56 scholars to submit their wealth statements.

“I think it would have been appreciated had the ACC served notices to 350 MPs before serving notices to the Islamic scholars,” Rashid said.

Rumeen Farhana mentioned the recent disappearance of an Islamic scholar Mohammad Adnan.  “Adnan along with three others people have been missing since last Thursday.”

Jatiya Party MP Pir Fazlur Rahman said, "Some Islamic scholars are spreading confusions on different issues including Corona virus in the name of Waaz Mahfil (Islamic discussion meetings). We need to be aware of those Islamic scholars.”