It’s hand to mouth budget, rather to recover the economy: Inu 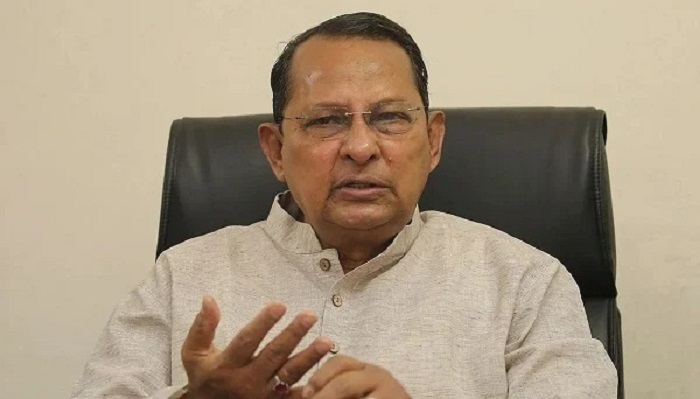 Jatiya Samajtantrik Dal President Hasanul Huq Inu on Tuesday said that although the finance minister identified the priority sectors correctly, but the budget allocation to these sectors are not correct.

"This budget is not for recovering the economy, rather it is the budget to just live the year from hand to mouth. There will be growth but not the inauguration of a well-balanced economy," he said while taking part in the general discussion on the budget proposals for 2021-22 fiscal.

He claimed that there was a scope to step outside the box accommodating the experiences from home and abroad, and formulate clear farsighted plan to prepare to fight the coronavirus and revive the economy.

"But that does not happen," he added.

Talking about lack of good governance in the health sector, he said that everybody knows that what is happening in public purchasing in all sectors including the health.

He mentioned that there is only news of corruption in the health sector, they got less allocation, but they could not utilise their previous allocation properly.

"They just earn bad name of corruption in whatever they have done in the name of purchasing. As a result the country does not get oxygen plants in right time," he said.

He also alleged that there was no good management although the government procured various materials related with fight against Covid-19 pandemic.

He called for transparency and accountability in the public procurement by wiping out the identified syndicate of corruption.

Inu stressed that the number one priority of the government should be procurement of corona vaccine and stop mismanagement and anomalies.

"There should be a process to produce vaccine in the country, all should get vaccine within one year, coronavirus has to be defeated, otherwise everything will be meaningless," he said.

He said that although some people think that corruption is the companion of development, but he does not believe in that theory.

Inu also advocates for good governance in ruling the country and implementing the budget.

He mentioned that there was a need to take steps for bringing structural change in health, education, social safety net, food security and internet usage by adopting those as basic rights.

"We could do that this time if we want," he said.