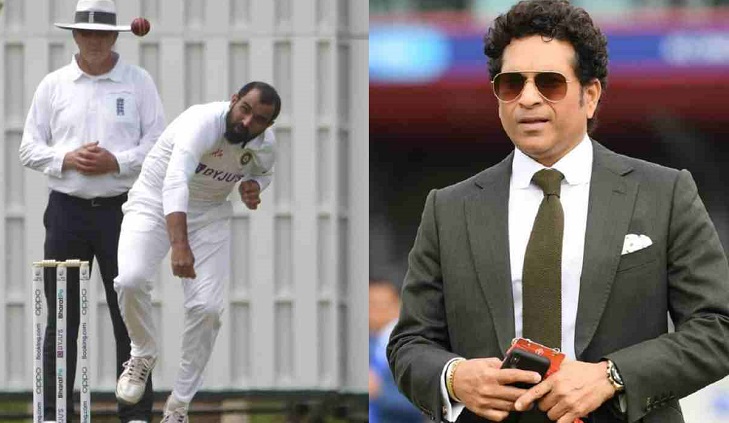 In an interview with AFP, the record-breaking batsman said India can draw on their stunning Test win in Australia as they prepare to take on the in-form Kiwis.

While New Zealand thumped England by eight wickets to clinch a 1-0 Test series win on Sunday, Virat Kohli's team last played in March and are coming out of a stint in quarantine.

But India upset the odds to beat Australia in January, and Tendulkar pointed to their wealth of pace options for the inaugural championship's title clash starting Friday in Southampton.

"All these guys are talented bowlers and successful bowlers," Tendulkar told AFP on Tuesday.

"They would go out and do their best and are fully capable of launching a knockout blow."

Tendulkar said it would be a toss-up between the veteran Ishant and the up-and-coming Siraj, who starred in Australia, for a place in the starting XI.

"It will be a nice challenge for the team management to have in front of them where you have more bowlers who are capable of playing and delivering," he said.

"All these bowlers are terrific bowlers. I have not seen their practise sessions and don't know who is in good rhythm or not. I feel it is going to be between Ishant and Siraj."

Siraj, 27, played a key role in India's triumph in Australia as they recovered from a heavy loss to win the four-match series 2-1, sealed with a memorable victory by their second-stringers in Brisbane.

But despite India's pace stocks, Tendulkar also expected spinners Ravichandran Ashwin and Ravindra Jadeja to make the team with their ability to bat in the middle order.

"I see a high probability there because both spinners can bat," Tendulkar said, when asked about India's chances of playing two spinners.

Tendulkar was speaking after donating blood on World Blood Donor Day, June 14, and he called on Indians to support the cause even during the coronavirus pandemic.

While the difference in preparations between the two teams is stark, he said the final would be an equal match-up between the top two in the Test rankings.

"New Zealand will be high on confidence and better prepared for the World Test Championship final after having played two matches in England and won.

"We (India) are also confident... We have a very well-balanced team and so does New Zealand.

"Preparation-wise New Zealand have had that advantage of playing two Test matches. India has done whatever best they could due to number of challenges posted by Covid-19."

The former Indian skipper said that while the current team had "many individuals who can have a great impact on a match", their combined strength would give them the winning edge.

"The greatest example is in Australia. How many of our playing XI players were there in Australia? And yet we went ahead and won the last Test match.

"Even when New Zealand won against England in the second Test, four or five of their playing XI players were not there including Kane Williamson. Yet they won. So it is about collective effort."

Tendulkar, a right-hand batsman, made his debut for India aged just 16 in 1989 and set a swathe of records before retiring in 2013.