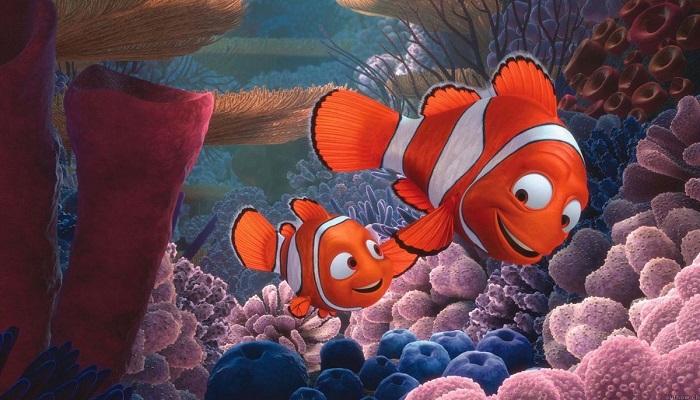 Pixar are masters of creating feel-good family films that feature heartbreaking moments along the way.

At the beginning of Up, we watch Carl and Ellie's love story unfold only to discover his wife dies before they can make their long-awaited trip to Paradise Falls. Bing Bong sacrifices himself to save Joy from the memory dump in Inside Out. And Sulley is forced to say goodbye to Boo in Monsters, Inc.

But perhaps none hit harder than Finding Nemo, where just moments into the film we see Marlin coming to terms with losing his wife and all of their eggs - except for one - in a barracuda attack.

Just as we're starting to get over one tragedy, his only son is then heartlessly kidnapped by a pair of scuba divers leaving Marlin with nobody in the world. But at least it has a happy ending, right?

Well, according to one fan theory the film might even be a lot, lot darker than we first thought.

'The Finding Nemo theory' was discussed by the hosts of the Just The Nobodys Podcast, with the clip being shared to TikTok where it racked up a staggering 18.8 million views.

They explained: "Have you ever heard of the Finding Nemo theory? This is going to ruin your day.

"So, we all know the movie Finding Nemo is about a father fish named Marlin and his son Nemo, and it's Marlin's journey in finding Nemo after he was taken by scuba divers.

"There's a theory that Nemo's not real and never existed. It's actually Marlin's imagination because he's grieving over the death of his wife and all his kids.

"And to make everything worse, the word Nemo in Latin means no one.

"Disney's literally telling the audience we have a movie called Finding Nemo but it actually means finding no one, because Nemo's not real.

"That's why Dory is such a good friend for Marlin, because she has short-term memory loss and can't remember that Nemo's not real."