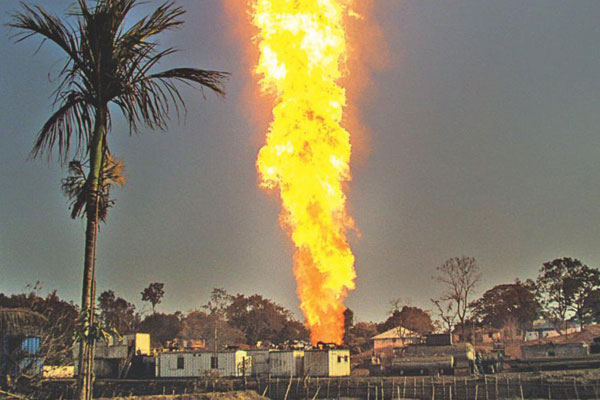 The discovery of the country’s 28th gas field came around 10:15am on Tuesday at 2,981 metres from the surface, Bapex Managing Director Mohammed Ali told the Daily Sun.

He said the company will need at least two weeks for getting the actual reserve after interpretation of three layers.

He said it will help inject around 10-12mmcfd of gas into the national grid every day. “But the Bapex will require a couple of weeks to estimate the actual gas reserve in the field,” he said.

“We’re expecting much more due to the huge pressure of the newly discovered gas field,” the senior secretary said, adding that the field has additional pressure of 1000 PSI compared to Bhola gas field.

India has a huge discovery of natural gas at least six kms off the new gas field, he said. “So, we have also the prospect of the area.”

Bapex is now producing 146mmcfd of natural gas per day from its six gas fields, according to its managing director.

He said the newly discovered one will be 28th gas field in the country.

The existing gas fields are currently producing around 2500mmcfd of natural gas daily.