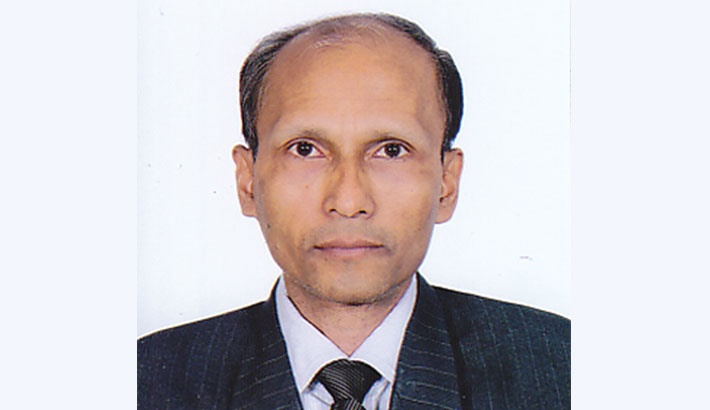 The budgets of most developing countries have several common characteristics. The price of daily commodities increases as soon as the budget comes. It happens every year, as if there is nobody to control it. The price hike never gets less even after the announcement. The direct beneficiaries, ranging from root level to policy makers, continue appreciating the budget, for months to come, terming it as pro-poor budget, welfare budget, best budget so far made, etc.

Regarding allocation for education in the budget, however, very craftily it is shown that education receives either the highest or the second highest amount, by mixing the budget of several sectors together with education, as they think people won’t understand it. All these features are part of our national budget presented before the nation on June 3, 2021.

This is the fiftieth budget in independent Bangladesh. People expected that the budget this year would be different as the Corona pandemic has engulfed the entire globe, particularly affecting education and health sectors in Bangladesh. Education is the worst suffering sector, more than ten lac teachers not receiving any salary or benefits and passing their days in miserable condition. Many educational institutions have been forcibly closed and many are waiting to be closed. But no positive direction has surfaced in the budget, ignoring the losses of this sector.

The budget often results in draining money out of the country, as it offers looters such opportunities. Often those not paying their due taxes to the government, extract money from the exchequer with the plea of creating job opportunities. On the other hand, the common people pay two to three taka in VAT even for buying a bottle of water costing Tk10. Thus, huge amounts of taxes are paid to the government every day of the year by our hardworking poor people in the form of VAT. The government collects taxes from the poor and low income people, yet they do not benefit from the budget allocation to the healthcare and education sector.

English enjoys huge importance in China, Japan and South Korea, despite their independence and economic solvency. We, on the other hand, stand far behind them in the global development race due to lackings in the education system. Teaching English as a subject does not enable our students to successfully communicate with foreigners. Most of our skilled and unskilled workers as well as the doctors, engineers and other professionals working abroad need better language skills. We must remember that the wheel of our economy moves with the money sent by our migrants working abroad. As their linguistic incompetency makes them suffer a lot, our workers going abroad must be sent with communicative ability in English and Arabic (for the Middle East) as well as technical skills. Our budget should focus on this phenomenon along with other important sectors like health, tourism, agriculture.

This financial year (2021-2022), for the primary and mass education sector, total allocation is Tk26,311 crore (Tk8,022 crore for development expenditure and the rest for operation) which was Tk24,937 crore in the last financial year.

The secondary and higher education has been allotted Tk36,048 crore (Tk14,320 crore for development and the rest as operating expenditure) which was Tk33,118 crore last year.

In the madrasa and technical education, the budgetary allocation stands at Tk9,154 crore (Tk2,310 crore taka for development and rest for operation) which was Tk8,345 crore in the last financial year.

The development sector means professional and infrastructural development of the institutions. Training is one of the most significant areas of professional development. Teachers need subject based training, pedagogical training and management training. These trainings are going on for ages and TTCs, NAEM, different government projects and non-government sectors also provide training to the teachers. These trainings just show the philosophy of ‘spending money as the budget allows.’ Whether the training has become helpful or not, who really needs training, how to select the teachers --- all these are not considered. Just spend the budget on training.

Newly appointed teachers in the colleges and secondary schools enter into the classroom almost like students as they don’t have foundation training. They need to know how to deal with a big classroom, how to effectively deal with rowdy students, effective teaching-learning process, pedagogical knowledge, how to develop teaching materials and why to develop rapport with the learners. Moreover, training usually takes place in the TTCs or NAEM or different RRCs or NGO run training centres. All these venues accommodate quite different scenarios from those the teachers use in their own classroom. So, some training needs to be conducted in the real classroom situation.

Child marriage and the tendency to dropout has spiked, including child labour. At least 15 per cent of the budget allocation should have been diverted to address these issues. Delors Commission formed by UNESCO, of course, proposes spending 25 per cent of the foreign aid for education and Bangladesh should conform to it. A plan ranging from two to three years needs to be developed for addressing the damaged issues of education. Several pragmatic steps must be taken to redress the gap already experienced by the learners due to Corona. However, our budget for education revolves around the figure of 12 per cent of our national budget and 2 per cent GDP only. Per head allocation for health and education is $5 in Bangladesh which is $14 in India, $150 in Malaysia and $160 in South Korea. Teacher-student ratio needs to be kept within the acceptable limit of 1:30 in primary, lower secondary and secondary and in higher secondary it should be 1:40 and in higher education it should not be more than 1:25. In the budget nothing of these phenomena are mentioned or reflected, in any way.

Tk200 has been allocated for non-government schools, colleges, madrasa and Ebtedai teachers and in the revised budget (2020-2021) Tk40 crore has been sanctioned for the non-government teachers’ retirement benefits and for building and renovating residential halls of universities Tk50 crore has been kept. Even though these amounts prove less than the necessity, we appreciate the steps. Budget has been kept for bringing non-government schools under MPO. Giving MPO to non-government schools, brings balance to the distribution of the national economy as the poor and low income and particularly rural teachers and students are the beneficiaries of this step. It always irks us that Biman, Railway, BTMC, CJMC and such state-run organisations show a loss of millions every year.

The non-government organisations see less corruption and better services, while there is rampant corruption in government offices. They are not only corrupt but also inefficient, in most cases. One finds proof at every step. They are more careful and interested to show their supremacy and less interested to prove their efficiency. Government bodies need to show real commitment to the nation through accountability and efficiency. It must be discussed in the national budget, otherwise effective implementation won’t happen. We have big mansions for running state affairs but miserably fail to show any kind of commitment to the people and the country. They seem to be awfully busy to satisfy their higher officials. They never bother about the citizens and their sacred duties towards the nation.

Along with developing the national budget, a guidance and strategic implementation plan must be attached to the budget for people involved to minimise corruption and increase efficiency of the staff and officials. Just declaring how much has been allocated for what sector cannot bring any change in the existing system. Whatever change is talked about is just on paper not in actuality. If you want to see it, just visit government offices in disguise. To get a work done, there must be a set time limit and clear direction and these things must be known to the citizens of the country who have fundamental and constitutional rights to get services from the state.