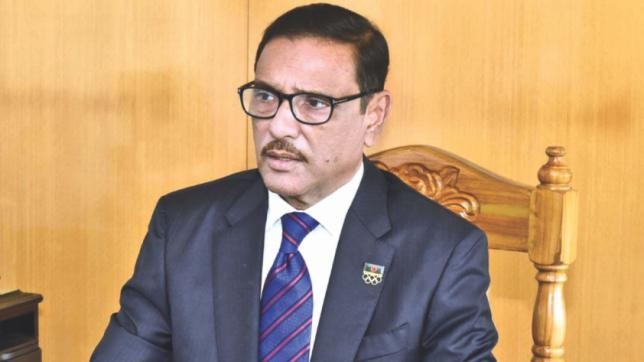 “Ziaur Rahman was the mastermind of Father of the Nation Bangabandhu Sheikh Mujibur Rahman killing while Bangladesh Nationalist Party (BNP) was involved in hatching conspiracies to kill Sheikh Hasina. But Awami League was not involved in killing Ziaur Rahman, even it did not hatch any conspiracy to kill Khaleda Zia,” he said.

Quader, also the road transport and bridges minister, said this while addressing a discussion meeting organised by Bangabandhu Sainik League on Bangabandhu Avenue in the capital.

The AL spokesperson joined the discussion virtually from his official residence on parliament premises in the capital.

The minister also alleged that BNP’s politics of killing and conspiracy is the main obstacle to flourishing democracy in the country.

“Politics of hatred has been introduced in the country through the assassination of Bangabandhu and BNP is responsible for it. The Awami League never engages in conspiratorial politics. BNP is the main obstacle on the path of politics of coexistence,” he said.

The AL spokesperson urged all to carry out political and organisation activities by resisting invisible enemy and taking cognisance of the extreme communal forces.

“Everyone has to remain vigilant as BNP wants to destabilise the country by hatching conspiracies,” he said.