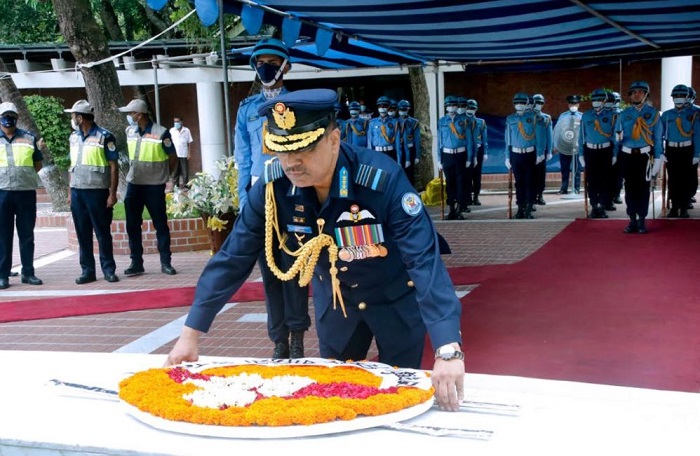 Chief of Air Staff was presented a guard of honour by a smartly turned out BAF Base Bir Sreshto Matiur Rahman contingent in Tungipara.

The Chief of Air Staff stood in solemn silence for some time in front of the burial chamber of Bangabandhu and joined in a special munajat seeking eternal peace of the departed soul of Bangabandhu as well as other martyrs of August 15 carnage.

After this, he also signed the visitor’s book.

Among others, senior BAF officers and other local dignitaries were present at
that time.

Earlier, the newly appointed Chief of Air Staff visited Father of the Nation Bangabandhu Sheikh Mujibur Rahman memorial museum and paid homage to Bangabandhu by placing a wreath at his portrait in front of the Bangabandhu Memorial Museum.

He also signed the visitors’ book there.