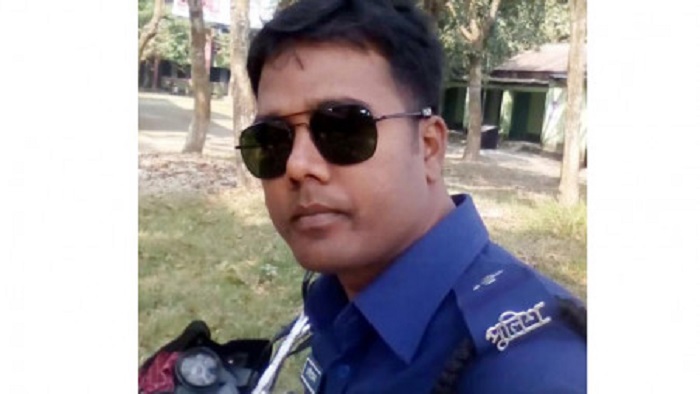 A complaint has been lodged against Assistant Sub-Inspector Soumen Roy on charge of killing three people including a woman  and her son on Sunday night.

He was arrested on Sunday after shooting Asma Khatun, 34, her son Robin, 7, and bkash agent Shakil Khan, 28, dead.

Soumen, who has been suspended after the incident, is being interrogated at DD office in Kushtia.

During preliminary interrogation, Soumen reportedly told police that  Asma is his wife and she had an extramarital relationship with Shakil.

He came to Kushita early Sunday from Khulna by a bus and brought a pistol and 12 bullets with him.

At one stage of altercation with Asma, Soumen got furious and opened fire on them, said Farhad Hossain Khan, additional superintendent of Special Branch police.

Soumen, hailing from Sadar upazila in Magura district, reportedly married Asma one and half-years ago hiding information about his first wife and two sons.

Meanwhile, the bodies of Asma, Robin and Shakil were handed over to their families on Sunday midnight.

Shakil’s body was received by his father Mezbar Rahman while bodies of Asma and Robin were given to Hasina Begum.