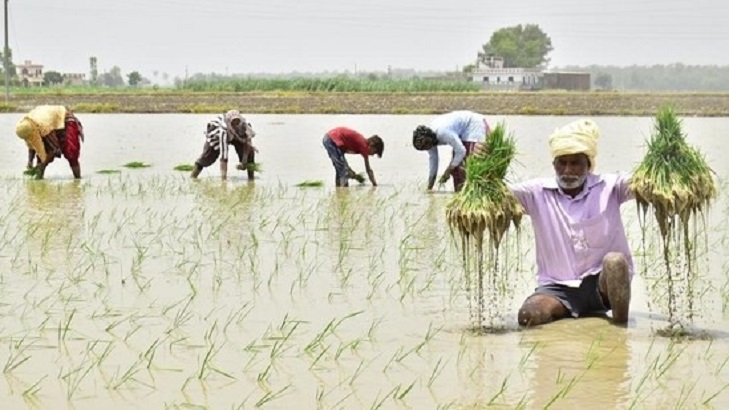 Suggesting that the programme has acted as a catalyst for development, the UNDP report found that Aspirational Districts (AD) outperformed non-ADs. (Representational photo)

An independent appraisal report by the United Nations Development Programme (UNDP) lauded India's Aspirational Districts Programme (ADP) and said it has resulted in sectoral growth and improvements in governance and administration.

"A very successful model of local area development" that "should serve as a best practice for several other countries where regional disparities in development status persist for many reasons," the UNDP report said.

The set of pre-determined indicators provided by the programme has helped the district administration to focus on specific targets and sectors instead of broad government schemes or new initiatives, the report claimed.

The report, which was handed over by UNDP India resident representative Shoko Noda to NITI Aayog vice-chairman Dr Rajiv Kumar and CEO Amit Kant analysed the progress of ADP and made recommendations for improvement.

Suggesting that the programme has acted as a catalyst for development, it found that Aspirational Districts (AD) outperformed non-ADs.

Across the sectors of health and nutrition, the report found that 9.6% more home deliveries are attended by a skilled birth attendant and 5.8% more pregnant women with severe anaemia were treated. As for financial inclusion, the report found registration of 1,580 more accounts per one lakh population under the Pradhan Mantri Jan-Dhan Yojana.

The ‘Malaria Mukt Bastar Abhiyaan’ in Bijapur and Dantewada, which has reduced malaria incidences in these districts by 71% and 54% respectively, was recommended as one of the ‘best practices’ found in ADs, as per the report.

Other best practices undertaken by the ADP, the report found GoalMart, an e-commerce portal launched by Assam’s Goalpara district administration ‘to promote rural, ethnic and agrarian products of the district in the national and global markets’ as noteworthy. The report said that the initiative helped the farmers and retailers during the Covid-19 lockdown and was also profitable for the farmers.

Another such initiative lauded by the report was Uttar Pradesh’s Chandauli district's decision to experiment with the cultivation of black rice. Due to its high global demand and good profit margins, the project was a success and high-quality black rice from the district is now exported to Australia and New Zealand, the report found.

The UNDP report also commended the delta rankings provided on the programme’s Champions of Change dashboard. "The competitive and dynamic culture fostered by it has successfully pushed several low performing districts (as per baseline rankings) to improve their standing in the past three years. Simdega (Jharkhand), Chandauli (Uttar Pradesh), Sonbhadra (Uttar Pradesh) and Rajgarh (Madhya Pradesh) were found to have progressed the most since the beginning of the programme," it said.

The ADP was launched by Prime Minister Narendra Modi in January 2018 as part of the government's efforts for inclusive growth under 'Sabka Saath Sabka Vikas'.

"ADP is ‘aligned to the principle of “leave no one behind”—the vital core of the SDGs. Political commitment at the highest level has resulted in rapid success of the programme’," the report said.

It also recommended revising a few indicators that are slightly close to reaching its saturation or met by most districts like ‘electrification of households’ as an indicator of basic infrastructure.