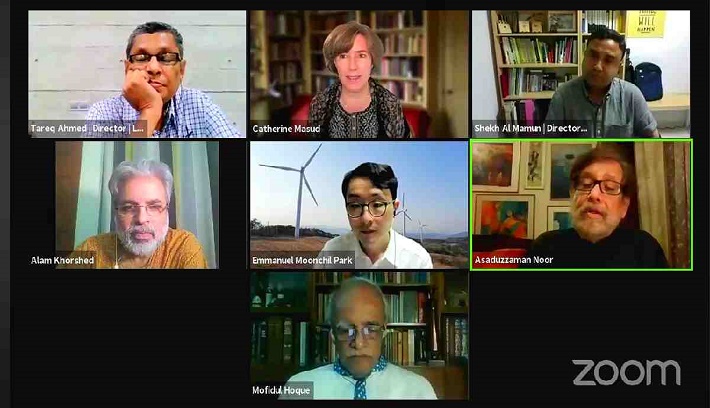 The five-day festival, which has drawn a tremendous response and participation from film enthusiasts around the world by providing a breathing space for all amid the coronavirus pandemic for the second year in a row, also crowned the film ‘Why Not’ in the National Competition section, directed by Shekh Al Mamun.

Summarizing the festival, Liberation DocFest director Tareq Ahmed said that almost 2000 films were submitted in this year’s edition, and a total of 164 documentaries from 51 countries were screened throughout the five-day festival.

The director of the film will receive Tk One Lakh, a crest and a certificate.

Asaduzzaman Noor announced ‘3 Logical Exits, a film about the ongoing  crisis in Palestine directed by Mahdi Fleifel as the winner in the ‘International Competition’ section. He will receive 1,000 USD, a crest and a certificate.

Special Jury Mention in the International Competition category for this year's festival was announced by Jury member Emmanuel Moonchil Park for 'Home, and a Distant Archive', directed by Dorothy Cheung. She is a filmmaker and artist, currently based in Hong Kong.

Festival authority announced that viewers from Bangladesh can enjoy all of the films till the end of this month, on the website of the Liberation DocFest.