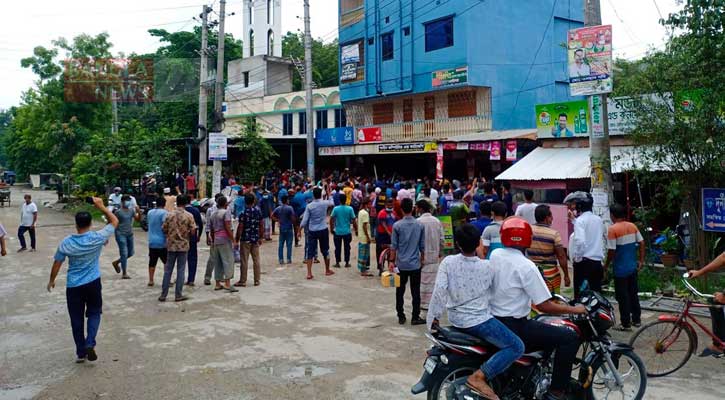 Three people, including a woman and her son, were shot dead in broad daylight in the Kushtia district town on Sunday morning.

The incident took place at Custom Mor area of the town at 11:00am.

After the attack, locals managed to catch the attacker, ASI Soumen, along with a pistol and handed him over to police.

ASI Soumen is reportedly husband of the deceased woman.

"Three people have been shot dead. The accused ASI Soumen has been arrested," Additional Superintendent of Police Atiqul Islam said after visiting the spot.

"We came to the area after hearing about the shooting incident. The details will be known after the investigation," he added.