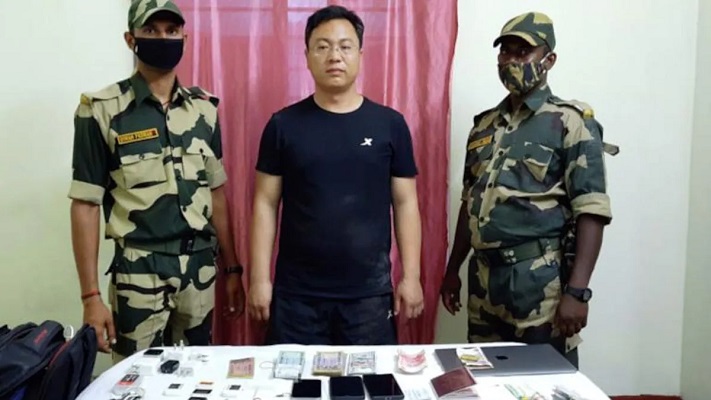 NEW DELHI: The Chinese national apprehended by BSF troops in Malda, West Bengal on Thursday while trying to illegally enter Indian territory from Bangladesh. He has so far taken around 1,300 Indian SIM cards illegally from India to China, reports Times of India.

These SIM cards was allegedly used to hack accounts and commit other kinds of financial fraud. During his interrogation, Han Junwe, who incidentally is wanted in a case being probed by ATS Lucknow, revealed that he and his associates would hide the SIMs in undergarments and send these to China.

“Their purpose was to cheat people by using the SIMs to commit financial fraud,” a BSF officer said on Friday.

The BSF has handed over the Chinese intruder, along with the items recovered from his possession to the police station at Gulabganj, Kaliachak, following the preliminary interrogation.

A business partner of Han Junwe, named Sun Jiang, was arrested by ATS Lucknow recently on several charges including illegally transporting Indian SIM cards to China. Junwe was named by Jiang as an accomplice during his interrogation by ATS and the process of issuance of a blue corner notice initiated against the former.

Junwe, who had gone to China, could not get an Indian visa due to the ATS case and hence decided to get a Bangladeshi business visa to enter India illegally from Bangladesh. He was however intercepted by the alert BSF troops at Border Out Post Malik Sultanpur in Malda district. After his arrest, he was brought to BOP Mohadipur for questioning.

He told the interrogators that he has travelled to India four times earlier: once to Hyderabad in 2010 and to Delhi-Gurugram thrice after 2019. He claimed he has a hotel in Gurugram named ‘Star Spring’, where some of the staff are from China.