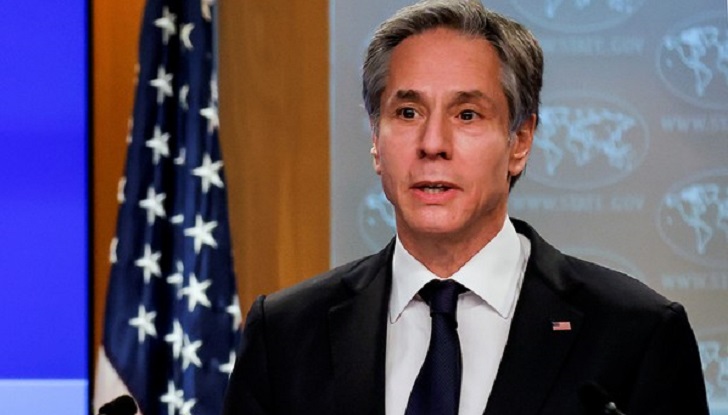 Once again China is slammed by US Secretary of State Antony Blinken on Monday for the lack of transparency on the origins of the coronavirus, as global pressure mounts for a fresh probe in Wuhan.

“What we’ve seen, more than unfortunately, from the PRC (People’s Republic of China) since the beginning of this crisis is a failure to meet its basic responsibilities in terms of sharing information and providing access,” Blinken told the US House Committee on Foreign Affairs, reported Voice of America (VOA).

In his opening remarks to the Committee, the Secretary of State said that China and others are working hard to “bend international organizations to their worldview” and stressed that organisations should remain grounded in the values, principles, and rules of road and rules of the world.

“We got to revitalize our alliances and partnerships, out-compete China, and defend the international rules-based order against those who would seek to undermine it, renew democratic values at home and abroad, and push back against malign activity by our adversaries,” he said.

Earlier, a top World Health Organization official on Monday said that the WHO cannot compel China to divulge more data on the origins of COVID-19.

Mike Ryan, Director of the agency’s emergencies programme, said at a news conference that the “WHO doesn’t have the power to compel anyone in this regard”, reported Al Jazeera.

The Wuhan lab leak theory has recently become the subject of renewed public debate after several prominent scientists called for a full investigation into the origins of the virus.

The hypothesis that the virus was accidentally leaked from the lab was largely disregarded by scientists in the early stages of the coronavirus outbreak. China has repeatedly denied that the lab was responsible for the outbreak.

Meanwhile, the US is distributing the first 25 million doses of its committed 80 million excess doses of COVID-19 vaccines to Asia, Africa and Latin America, while China is actively pushing Beijing’s “vaccine diplomacy,” positioning itself as the dominant provider of COVID-19 vaccinations to other countries, reported VOA.