Digital sovereignty vs freedom of speech? 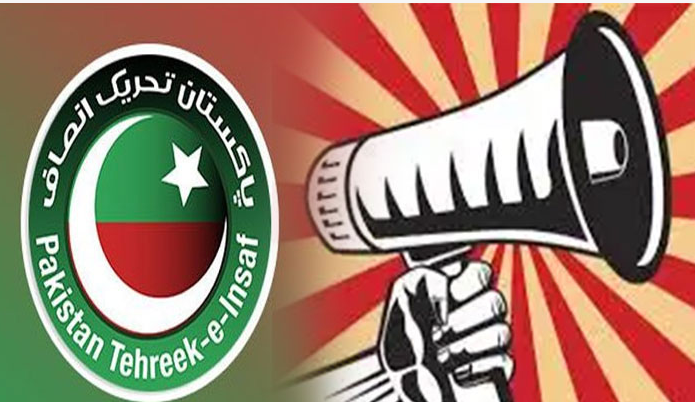 The PTI government is on the back foot on the proposed digital regulation draft after a strong protest by the media and journalists community calling for a struggle to preserve free speech. While the government was thinking of some curbs on the content of the social media, the mainstream journalists are adamant not to allow such restrictions as they believe electronic media is already subjected to over-regulation.

But is the government right in imposing curbs and how far we need to go in preserving constitutional safeguards like freedom of speech? Are we aware of the new challenges that come with the advent of evolving cyberspace?

The debate is more relevant in the broader context of new realities: the exponential growth of net usage, its effects on the consumers, particularly the youth, the power of international media platforms, and the abuse of cyberspace by hackers, terrorists, and dark propagandists in the post-Covid-19 world.

Concerning net usage, Covid-19 has multiplied reliance on the internet as a means of education, communication, diplomacy, trade, and services from take-aways to household shopping. Due to staying home to avoid contraction of Covid-19, physical-societal space has dramatically shrunk, diffusing virtual interactions and communication.

The extent of digitalization of Pakistani society is by and large measured from these numbers: As of April 2021, the percentage of internet users in Pakistan is almost 50 percent which means approximately 100 million citizens, while 70% of consumers are youth — a good as well as bad news. The good news is the youth has mounting aspirations, exposure and new avenues to explore opportunities in their lives through the net. The bad news is they are also exposed to dark propaganda, twisted narratives, influences, and ominous content targeting their innocent minds to sign up to particular agendas.

Since cyberspace is a new realm, the state has no digital sovereignty as a result it has grave implications unfolding in various ways: Besides, sexting among kids, a 2 years old kid can watch cartoons equally tagged for other messages. Then there are manuals of bomb-making and all sorts of terrorist activities which can be performed as a lone wolf warrior. Whereas various chat rooms can encourage them to imbibe the dark propaganda and hence respond. For example, the rise of ISIS in Syria and Iraq getting traction and recruitment in the western world was due to the net-based propaganda, its influence, and information operations.

In Pakistan's context, the virtual world brings in new challenges to the youth of Balochistan in particular as it subjects them to the consumption of all sorts of information, propaganda, and influences of militants and terrorist outfits. Balochistan has around 70 percent youth under the age of 22 years. They have the keyboards and the time of the whole world, but can hardly make sense between what is valid information and what is dark propaganda.

The influence of militant operations and their sponsors through dozens of websites and servers — operating mostly out of India — underscores the vulnerabilities of the youth to get access to their nefarious activities from a narrative building, claiming terror incidents of bomb blast to delegitimising the statehood of Pakistan.

Worse, the manipulation of the youth of Balochistan through social media is an art only to exacerbate biases, stereotypes, and mischaracterization of Pakistan and Balochistan's future aspirations through CPEC and its development trajectory. It is very important that the authorities concerned invest in digitalized projects to engage the youth of Balochistan and give a counter-narrative to militants and also check what is being churned out through social media.

At the country level, the net platform is a digital window to be an interface between an individual and the state, between society and the state, and hence it necessitates a case for a legitimate, much larger debate as to what restrictions and regulations should space be subjected to and who should decide "the good" for the state and society.

Learning from western experiences, hackers, cyber schemers, and dark propagandists are already undermining the digital sovereignty of advanced countries like America, the UK, and Russia.

Recent examples of how digital threat in real life is unfolding as a bigger problem to advanced economies are as follows: recently non-state actors attacked a gas pipeline called Colonial pipeline in America disrupting supply to the entire East Coast. In recent times ransomware (extorting money through digital blackmail or hacking from companies) and cyber attacks have targeted financial markets, schools, hospitals, and other government networks and influence operations for diverse purposes like recruitment, terrorism, and other anti-state criminal activities.

In other instances, India subjecting Twitter to Indian IT laws and the power of private giants like Facebook, Instagram, and Twitter suspending individual accounts — President Trump's accounts suspension under the pretext of checking hate speech — demonstrate the extent of the power, a) the influence of global social media giants and, b) the limits of freedom of speech.

Interestingly, India banned Chinese apps like TikTalk and WeChat. Most European countries including the UK and France banned Hawaii 5G. While China has threatened two EU companies like Erricson and Samsung to be proscribed, it already has its own version of FB, Twitter, and Whatsapp. The above examples have brought a new debate to the fore — the de-facto corporate sovereignty vs state's digital sovereignty.

Lessons learnt: Pakistan also has to transit from analog sovereignty to digital sovereignty which encompasses control and direction of anarchic content, software development, and companies power. Here one point extrapolation of digital sovereignty with some complete border control is not meant, but a state directing the speed of companies and regulating the content of digital social space so it does not create threats to the state and society's integrity and sanctity.

The problem Pakistan is facing is we as a whole have yet to evolve a strategic coherence about the challenges of digital threats.

Our elite from media to judiciary and policymaking need to recognize compelling cases to assert digital sovereignty by imposing regulations on free-for-all content that it has to regulate the borders of cyberspace and develop the capability to counter virtual threats to its digital systems and society at large.

Rather than clinging to archaic laws and principles meant for addressing the challenges of the bygone era, we need to balance the state's case for regulated digital platforms and content, and the free speech imperative which is not absolute in its very nature and is already subject to limits even in the western societies.

Currently, individuals and big companies' boards decide what to say and how to say, hence the law unto themselves where they should be subject to a sovereign state's law: this should be the baseline for the country to start with.

The recent debate of free speech and the anarchic content on social media platforms need to be understood, and broadly debated, to draw a line as to where a state can regulate, and how far should it go vis-à-vis the recognition of the limits of free speech so that we do meet the challenges of the new de facto realities of the virtual world.