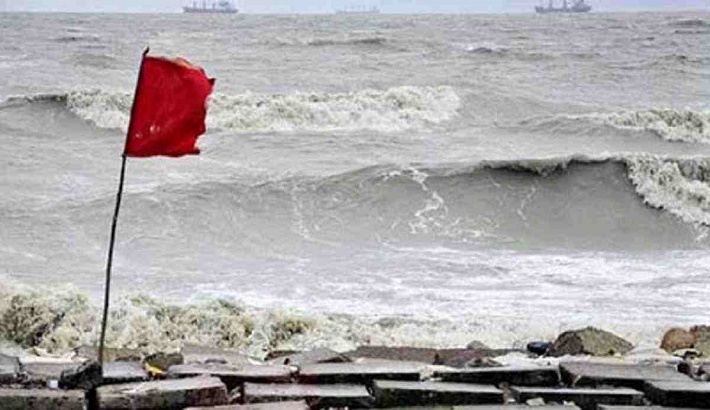 The maritime ports of Chattogram, Cox's Bazar, Mongla and Payra have been advised to hoist local cautionary signal No three as a low pressure formed over Northwest Bay and adjoining coastal areas of Bangladesh.

Under its influence, a deep convection is happening over North Bay and adjoining coastal areas of Bangladesh, said a met office bulletin.

A squally weather is likely to affect the maritime ports, North Bay and adjoining areas.

All fishing boats and trawlers over the North Bay have been advised to come close to the coast and proceed with caution till further notice.

According to the regular bulletin of the met office, light to moderate rains or thunder showers accompanied by temporary gusty wind are likely to occur at many places over Rangpur, Rajshahi, Khulna, Barishal and Chattogram divisions and at a few places over Dhaka, Mymensingh and Sylhet divisions with moderately heavy to heavy falls at isolated places over the country.

The day and night temperatures may remain nearly unchanged over the country.