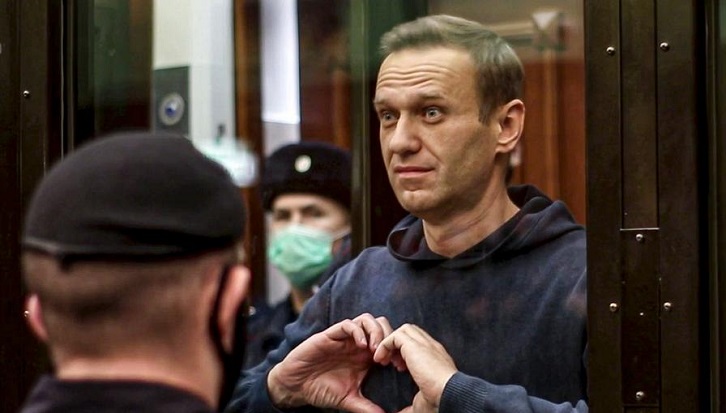 A key aide to Alexei Navalny said Friday that he had been placed on a wanted list in Russia, two days after the jailed Kremlin critic's organisations were branded "extremist".

Ivan Zhdanov, the former head of Navalny's Anti-Corruption Foundation (FBK) who resides in Lithuania, appeared on a list of wanted persons on the website of Russia's interior ministry.

Zhdanov, 32, said Friday he did not know the exact reason he was put on the list, saying it was probably connected with the "dozens of criminal cases" launched against him.

"Modern politicians, allies of Navalny are either on wanted lists or in jail," he wrote on Instagram.

A Moscow court on Wednesday banned Navalny's network of regional offices and FBK by branding them "extremist" following a request from prosecutors, who said the groups plotted to stage a Western-backed uprising in Russia.

After receiving the designation, FBK vowed to carry on its work even though the label can mean jail time for its members.

Russia in 2017 outlawed as "extremist" the Jehovah's Witnesses religious movement and its members have since faced criminal prosecution with dozens serving time in prison.

FBK routinely published investigations into alleged graft by officials at all levels of government.

The FBK also independently investigated Navalny's poisoning last summer, saying an attempt on his life was carried out by the Federal Security Service (FSB) on the orders of Putin, a claim the Kremlin denies.

Navalny was jailed for more than two-and-a-half years in February after he returned from Germany, where he had been convalescing following the near-fatal nerve agent poisoning.

His key allies still in Russia are under close law enforcement supervision, some under house arrest, while other prominent aides, including Zhdanov, have gone into exile.

Zhdanov's father was also arrested in late March on fraud charges. According to his son, he faces up to 10 years behind bars.