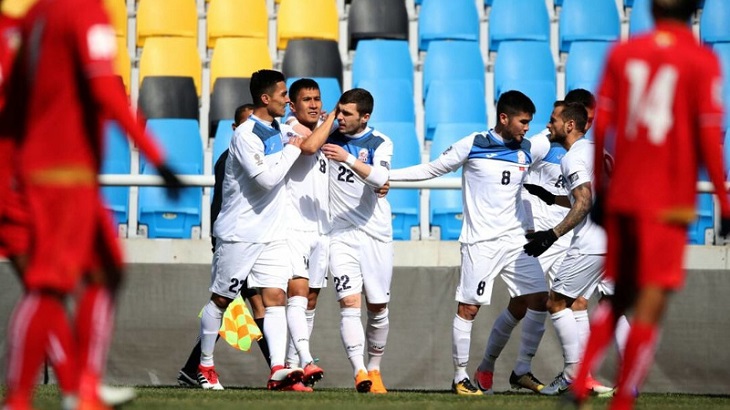 Kyrgyzstan thrashed Myanmar 8-1 in World Cup qualifying on Friday, despite being forced to play with a defender in goal for the second straight game because of coronavirus rules.

Aizar Akmatov filled in for Kyrgyzstan's three regular goalkeepers, who were all ruled out because they were deemed close contacts of a player who tested positive for the virus.

Akmatov had played in goal for his side's 1-0 defeat to Mongolia on Monday.

But he came out on the winning side and kept a clean sheet until the 69th minute against Myanmar, who had Yan Naing Oo sent off in the 24th minute.

Mirlan Murzaev scored a hat-trick for Kyrgyzstan, who leapfrogged Tajikistan into second place in Group F, on goal difference.

Kyrgyzstan play Japan in their final group game on Tuesday, while Tajikistan take on Myanmar the same day.