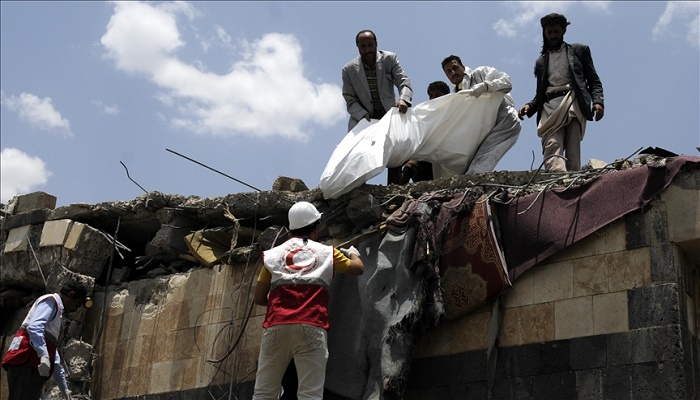 Eight civilians were killed and 27 others, including women, were injured in a Houthi missile attack in the Yemeni city of Marib on Thursday, according to local authorities.

The attacks were carried out by four Houthi ballistic missiles and explosive-laden drone strikes, the Marib governorate said on Twitter.

“One ballistic missile hit a mosque in central Marib city while another missile fell in a women’s prison yard,” it added.

There has been no comment from the Houthi rebel group on the report.

The rebels and government forces share control of the Marib province.

Since February, the Iranian-backed rebels have engaged government forces in fierce battles to take control of Marib, the government’s most important stronghold where the Defense Ministry is headquartered. The area is also rich in oil and gas.

Yemen has been ravaged by violence and instability since 2014, when Houthi rebels captured much of the country, including the capital city of Sanaa.

A Saudi-led coalition aimed at reinstating the Yemeni government worsened the situation, causing one of the world’s worst man-made humanitarian crises, with 30 million people accounting for 80% of the population needing humanitarian assistance and protection.

According to the UN Office for the Coordination of Humanitarian Affairs, the conflict has claimed more than 233,000 lives.