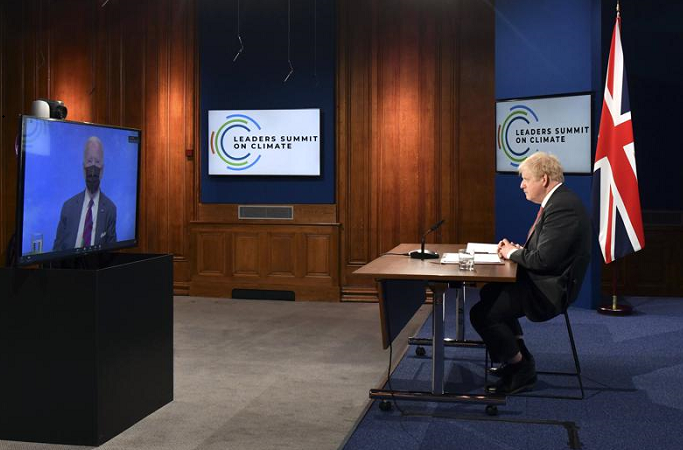 Their nations may have a famed “special relationship,” but President Joe Biden and British Prime Minister Boris Johnson will meet for the first time Thursday against a backdrop of differences both political and personal.

Biden hopes to use his first overseas trip as president to reassure European allies that the United States had shed the transactional tendencies of Donald Trump’s term and is a reliable partner again. But tensions may simmer beneath the surface of Biden’s meeting with Johnson.

The president staunchly opposed the Brexit movement, the British exodus from the European Union that Johnson championed, and has expressed great concern with the future of Northern Ireland. And Biden once called the British leader a “physical and emotional clone” of Trump.

The British government has worked hard to overcome that impression, stressing Johnson’s common ground with Biden on issues such as climate change and his support for international institutions. But Johnson, the host for the Group of Seven summit that will follow his sit-down with Biden, has been frustrated by the lack of a new trade deal with the United States.

The two men had planned to visit the spectacular island of St. Michael’s Mount but that had to be scrapped because of the weather. But when they do meet, they were expected to announce the creation of a U.S.-U.K. task force that will move toward resuming travel between the two nations, according to a White House official. Most travel has been banned between the two nations since March 2020.

Both sides have stressed that, publicly, the Biden-Johnson meeting would be about reaffirming ties between longtime allies in a week in which Biden will look to rally the West to rebuff Russian meddling and publicly demonstrate it can compete economically with China.

National security adviser Jake Sullivan described Biden’s initial calls with Johnson as “warm” and “constructive” and played down any differences between the two nations’ goals.

“They’ve been very much down to business,” Sullivan said at the White House this week. “And I expect that their meeting together will just cover the waterfront. I mean, really, a wide range of issues where the two of them and the U.S and United Kingdom do see eye to eye.”

Biden, who is fiercely proud of his Irish roots, has warned that nothing should undermine Northern Ireland’s 1998 Good Friday peace accord. Some on the British side have viewed Biden warily because of his heritage. White House officials have said the United States does not plan to be involved in the negotiations and that Biden would not lecture Johnson but would urge that a resolution be reached expeditiously.

After Brexit, a new arrangement was needed for the border between Northern Ireland, which is part of the United Kingdom, and Ireland, because the European Union requires certain goods to be inspected and others not to be admitted at all. Ahead of a June 30 deadline, ongoing negotiations over goods — including sausages — have been contentious and have attracted the attention of the White House.