Chinese activist who reviled human rights condition in country, put behind the bars 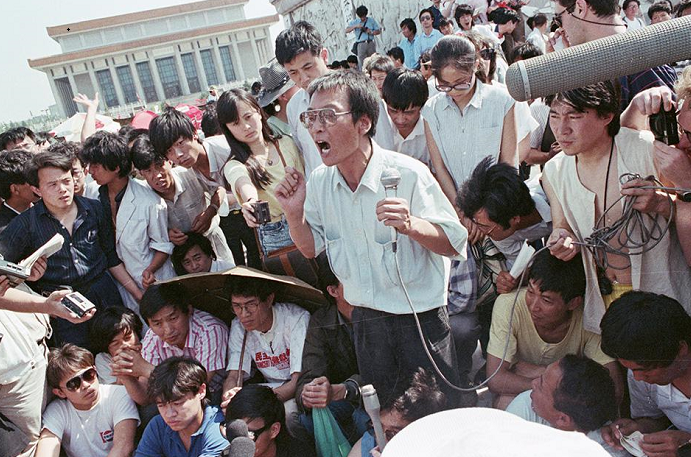 Beijing, China: Wang Aizhong, a Chinese veteran activist was arrested last month for writing his mind out on twitter. He wrote about the condition of human rights in the country. Whereas he was accused under charges of ‘picking quarrels and provoking trouble’.

The veteran activist helped found the Southern Street Movement in Guangzhou 10 years ago, calling for an end to one-party rule, reported South China Morning Post. He has been active on social media, commenting on human rights abuses in China.

His online activities brought him attention from the police, who warned him to stay home early last month when he was invited to attend a dinner with a group of private businesspeople in the neighbouring city of Zhongshan.

Despite complying with the order, the police raided the dinner and took all participants in for questioning.

“It was just some private businesspeople having dinner but the police still took everyone to the station for no good reason. This is what’s happening in China today,” he said.

According to Wang Aizhong’s family and lawyer, he is held at a detention centre in Tianhe district, where police have barred in-person contact, citing concerns over the COVID-19 outbreak in Guangzhou.

A family friend said both Wang Henan and the lawyer were warned not to speak to the media. “At the police station, police told Wang Henan that Wang Aizhong was detained because of comments he posted on the internet and interviews he gave to foreign media,” said the family friend.

According to SCMP, it was not clear whether Wang Aizhong’s Twitter comment was responsible for his latest detention, or if it was a warning to coincide with the 32nd anniversary of the 1989 Tiananmen Square crackdown on Friday.

Meanwhile, Wang Mo, another veteran activist of the movement, was sentenced to three years in prison in Nanjing, Jiangsu province, last month for “picking quarrels and provoking troubles”.

Xie Wenfei, who also helped found the movement, went on trial in Hunan province on the same charge last month but a decision has not been handed down.
The Southern Street Movement called for the abolition of one-party rule in China, greater political freedoms and public disclosure of government officials’ wealth. The movement came to an end in 2014 when most of its active members were imprisoned or put under close surveillance.

Li Xuewen, an independent political analyst, said Wang’s detention was likely part of a continuing crackdown by the authorities on the movement’s members. “Wang played a pivotal role in the movement as one of its founders. The authorities are worried about his influence and want to prevent him becoming a social leader,” he said.
Meanwhile, the family friend said Wang Aizhong’s wife was determined to fight for her husband’s release. “Wang Henan has said that she will do all she can to help him because she is certain that he has done nothing against the law,” said the friend.