Europe: Law made against blasphemy laws in Pakistan 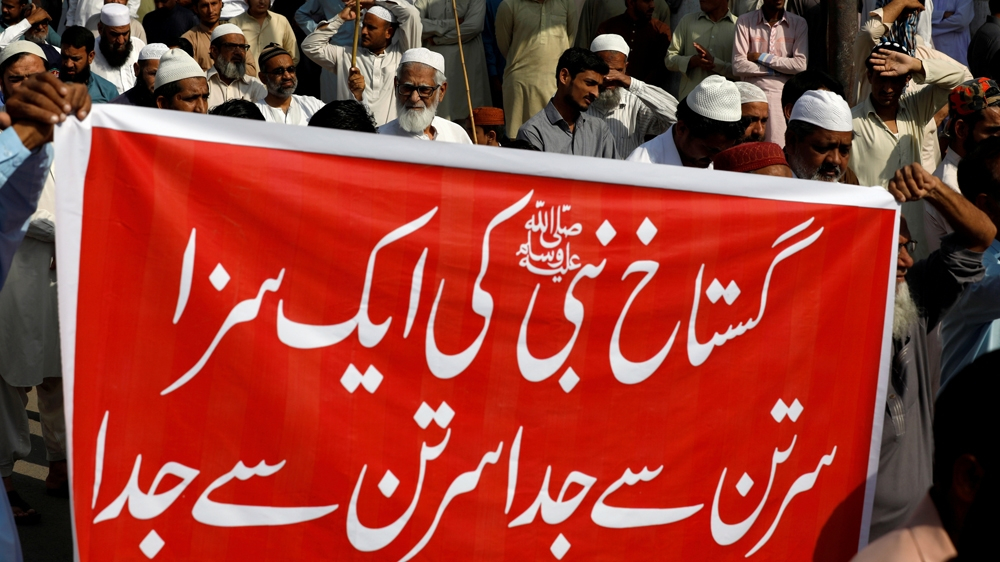 The two girls Shagufta Kausar and Shafqat Emmanuel were accused of blasphemy, and sentenced to death, over allegedly sending text messages. A month ago, the European Parliament passed a resolution on the blasphemy laws in Pakistan, focusing especially on the case of these two. Mentionable thing is that neither they both can read or write.

Rights activists have long noted that Pakistan’s blasphemy laws have been open to abuse, with both non-Muslims and Muslims being targeted by them. However, the discrimination against religious minorities has been observed to be systematic. And for many observers Christians are common targets of this discrimination, with many believing that this is because they are the largest minority in Pakistan.
Activists say that a persistent, apparently without reason, discrimination has turned into persecution against Christians. There are a lot of incidents, where Christians have been targeted over numerous allegations-mostly baseless.

“More than 90 per cent of the country’s Christians reside in Punjab. And 60 per cent live in villages, and in most cases are more indigenous to their areas than Muslims. Blasphemy and desecration of the Quran are used against them, but the latter is used against them collectively, followed by organised destruction of property,” notes analyst Khaled Ahmed.

Incidents like now proven false allegation of blasphemy against Asia Bibi, burning of Joseph Colony in Lahore, a couple thrown in a kiln in Sheikhupura and the list goes on. Sometimes, even supporting the Christian accused can end your life, as showcased by the murder of former Punjab Governor Salman Taseer in 2011. Taseer’s murder was followed by the killing of the then minorities minister Shahbaz Bhatti. Both Bhatti and Taseer had defended Asia Bibi and questioned the blasphemy laws.

According to Human Rights Watch (HRW) 2020 report, militant attacks targeting minorities and LEAs killed dozens of people in Pakistan last year. The report further criticised the Pakistani government for not amending the blasphemy law. “The Pakistani government did not amend or repeal blasphemy law provisions that have provided a pretext for violence against religious minorities and have left them vulnerable to arbitrary arrest and prosecution. The death penalty is mandatory for blasphemy, and 40 people remained on death row as of late 2020,” the report said.

In its report for first quarter of 2021, United States Commission on International Religious Freedom (USCIRF) has painted the similar picture. The institution has once again designation Pakistan as a “country of particular concern” due to its worsening religious freedom conditions for Christians and other religious minorities. The repot has cited a “sharp rise in targeted killings, blasphemy cases, forced conversions, and hate speech targeting religious minorities”.

Although, Federal Minister for Religious Affairs and Interfaith Harmony Noor-ul-Haq Qadri claimed in April that minorities enjoy complete freedom in Pakistan, USCIRF disagree with his statement. In its report, the body further said that the first three months of 2021 have proved to be challenging for Christians in Pakistan, despite the Pakistan Tehrik-e-Insaf (PTO) led government’s claim. Another organisation, International Christian Concern (ICC) recorded, “at least 25 incidents of persecution against Pakistan’s Christian population between January 1 and March 31, 2021.”

The ICC also criticised Prime Minster Imran Khan’s wish blasphemy laws to be passed globally. Khan’s plan has been welcomed by a majority of Muslims; however, many in the West criticised it. ICC shows apprehensions that this call came, while Tehreek-e-Labaik Pakistan (TLP), a far-right Islamist organisation, protesting across the country for expulsion of French ambassador from the country. The organisation believes that this far-right ideology can ultimately target Christians in Pakistan. The TLP had protested nationwide when Asia Bibi was set free by the Supreme Court in 2018.

As per ICC, two Christian nurses were charged with blasphemy for allegedly scratching a sticker from Quran in a Civil Hospital. The Muslim coworker accused both nurses of vandalising a wall in the hospital with Quranic verses. Meanwhile, in January a Christian cleric, Pastor Raja Warris was charged with blasphemy charges over a Facebook post. Although Warris later removed the said post and apologised, however, police still filed blasphemy charges against him for “deliberate and malicious acts intended to outrage religious feelings.”

“The plight of Christians in Pakistan illustrates some of the reasons why the West should care about Christian persecution. Firstly, Christians in Pakistan are an impoverished minority, part of the Dalit or untouchable caste. If we claim to care about minorities, especially poor minorities, we cannot justify ignoring the plight of the 245 million Christians who face extreme persecution for their faith,” notes commentator Breda O’Brien.

Experts note that Pakistan’s political leadership and many public figures have claimed that there is ‘freedom for minorities’ in the country, but that is not the case. Critics argue that in such cases hypocrisy is most evident in the country.
They point to the fact that if Muslims are targeted in any other country, the country’s representatives talk about Islamophobia, but if similar incident happens to minorities in Pakistan, they choose to downplay it.