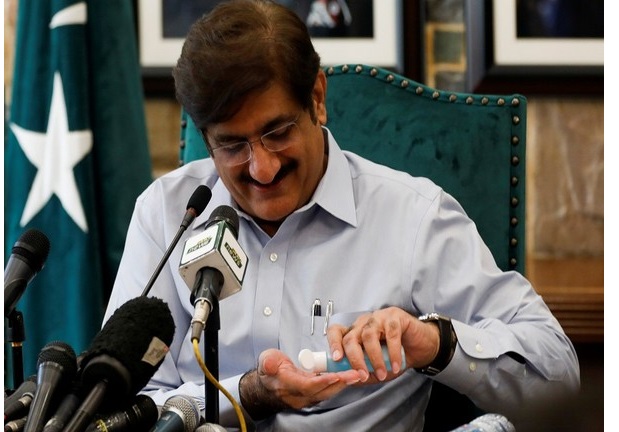 Karachi [Pakistan], June 8 (ANI): While the row over water shortage is yet to die down between the Pakistan government and Sindh, the latter on Sunday picked a fight with the former accusing that it has ignored the province in the allocation of funds for launching development schemes.

Addressing the inaugural ceremony of the COVID-19 vaccination center at the Expo Center in Karachi, Sindh Chief Minister Syed Murad Ali Shah accused the federal government of adopting a discriminatory attitude towards his province, reported The News International.

Murad said no development scheme had been announced for Sindh in the last seven years and this time too the province was neglected in the budget.

Murad said he was happy at the progress of Punjab, KP, and Balochistan but asked why the federal government was adopting a discriminatory attitude towards Sindh, according to The News International.

Talking about his province's recent reservations about water resources, Murad said, "I have taken the matter to the Sindh Assembly. All the parties there have agreed that Sindh is facing injustice, but the federal government accuses us of water theft."

Murad termed the PSDP lopsided and detrimental to the interests of Sindh. The chief minister claimed that his province was treated with "abject bias" since Imran Khan's party Pakistan Tehreek-e-Insaf (PTI) came to power, reported The News International.

The minister claimed that Sindh was giving due share to Balochistan and objected to the IRSA's decision to cut 35 per cent share of water of other provinces in order to provide water to one province.

The minister said Sindh contributed 35 per cent share of cotton yield to the total agri produce. Under the direction of the Supreme Court, six hydrants are running, he said, adding that people were arrested for water theft during the crackdowns. (ANI)