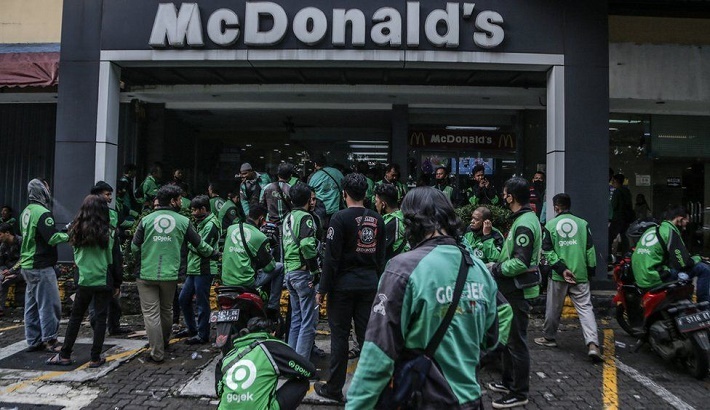 A number of Indonesian branches of McDonald's, which found themselves so swamped with demand for the newly launched BTS Meal they had to close.

Indeed, so many people ordered the meal inspired by the Korean boyband that there were fears it could cause a new Covid hotspot.

Police in Jakarta said in a statement that a total of 32 branches were temporarily closed across the city. There were further closures in other parts of the country.

However, McDonald's was quick to remind people that the meal will still be available for the next month so there is no need to "rush and worry about running out of this product".

Indonesia's Covid cases are currently on the increase, with 7,725 infections reported on Wednesday - the highest since 26 February.