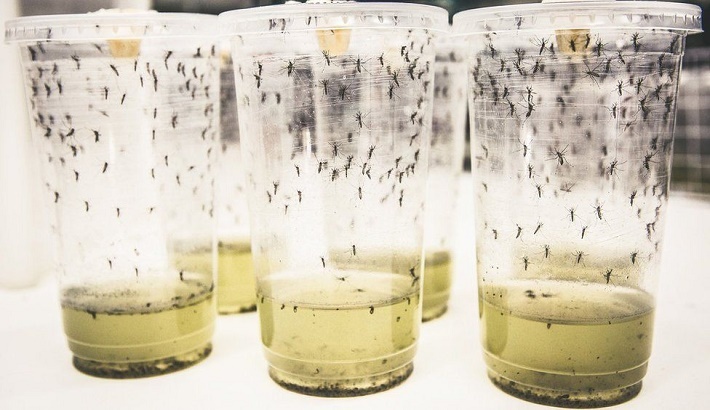 Dengue fever cases have been cut by 77pc in a "groundbreaking" trial that manipulates the mosquitoes that spread it, say scientists.

They used mosquitoes infected with "miraculous" bacteria that reduce the insect's ability to spread dengue.

The trial took place in Yogyakarta city, Indonesia, and is being expanded in the hope of eradicating the virus.

The trial used five million mosquito eggs infected with Wolbachia. Eggs were placed in buckets of water in the city every two weeks and the process of building up an infected population of mosquitoes took nine months.

Yogyakarta was split into 24 zones and the mosquitoes were released only in half of them.

The results, published in the New England Journal of Medicine, showed a 77% reduction in cases and an 86% reduction in people needing hospital care when the insects were released.

Dengue is commonly known as "break-bone fever" because it causes severe pain in muscles and bones and explosive outbreaks can overwhelm hospitals.